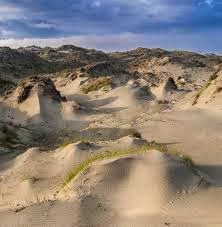 The Humboldt County, California space rock band, White Manna is back with a new trip to the deep side of the universe. I really liked the last record but man, this one is a much heavier sonic trip. I spoke to the band about the record at their recent amazing gig and they were much happier with this record and it was recorded in a special way. It started off as a series of jams with some sonic noise guys after tripping and recording. The end results was that they did not really like what these guys had done but that a lot of really psyched out grooves and things were played and they used these to build the record with a series of overdubs. The record has a very special sound and the hypnotic nature will remind people of Wooden Shjips but these guys offer more to my ears. The band is fully expanded into a 5 piece as well from three on the first record. The CD/LP begins with a 6min track called Transformation. It is a melodic mid paced grooving track with some spacey synths floating through the soundscape as the laid back spaced out vocal glides along and the lead guitar slowly finds its place in this really space sound production. X Ray slows things down with a more hypnotic feeling and dreamy tranced out vocal. Wooden shjips fans will like this one. Sadly, they fade this one out as it really starts to pick up pace. I would love to have heard where that one ended??  Illusion of Illusion starts slow and spacey and this trip lasts for 10 minutes with some super cool guitar work and it ends with a slow drone synth outro to give you a soft landing. Wow.. Ascension comes back with some monster space riffs and sounds in this slow instrumental piece that lasts about 4mins. Next up is I’m Comin Home (a Deviants song by Mick Farren from their first record). Something tells me that Mick would have approved of this space version of his classic. Solar Returns is the last 10min trip on the record and really spaced out. I have to say this will end up being one of my favourite records this year. Amazing stuff.

http://www.holymountain.com
Posted by Scott aka. Dr. Space at 7:33 AM