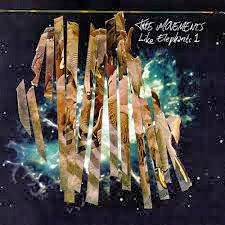 This Swedish psychedelic rock band is back with a great new record. The record is a mix of more laid back shorter tracks and some long killer grooving and spacing tracks. As the titles suggests, this is only part 1 of a 2 part series, in which the 2nd part will be out in early 2014 (they say). The single that I recently reviewed starts the record off (The Ballad of John Hall D.Y.). Next is my favourite track on the whole record, an amazing song called Boogin’. After this a short track called Shady Wind is a really nice change of mood. Two Tongues is a melodic but really uptempo rocker with some slide guitar. Great Deceiver features a really dreamy keyboard line, a cool guitar solo and reminds me of Vibravoid a bit. Great song. Just note that if you have the CD there is a mistake and track 6 is like 8 seconds of nothing and called Paus. This leads into All the Lost, a short 3 min psych pop song including farfisa organ and a different vocal approach. Like Elephants 1 is a really cool short track with an Eastern feeling and sitar like guitar and very nice lyrics. Beautiful track, so Run like Elephants!  Ingenting kommer ur Ingenting, despite the title being in Swedish is actually sung in English!  This track is 6½ minutes and has a mid-pace and lots of cool things going on if you really listen closely and I really like the far out distorted edge that the sound has as it just gets buried further and further in this heavy layer of distortion as Krita plays a cool guitar solo in the background. Far out.. It takes a Spark ends this most excellent 60s inspired psychedelic rock record and brings you back to where the album started. I really look forward to the 2nd part. A very cool band and if you like some of the Danish psych bands like the Setting Son, Baby Woodrose, the Hedgehogs, or a large number of the acts of Fruits der Mer label. Check these guys out.

http://www.crusherrecords.com  http://www.themovements.com
Posted by Scott aka. Dr. Space at 12:31 AM