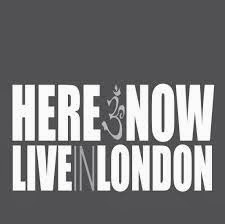 This is a really cool live archive recording with all tracks except one recorded at Dingwalls, London in 2007 and featuring the line up with Joie (ex- Ozrics, Dream Machine, Eat Static) and two original members Keith (Bass) and Steffe (guitars). They are joined by Steve Cassidy on drums (he replaced Merv from Eat Static, who was also in and out of the band around this era) and Gwyo on Synths. A very good line up. The CD opens with very cool synths and slowly builds up into a cool jam. It is great to hear some of the songs from the spacey UFOasis album as well as some new tracks but mostly focused on the 90s and recent material. Great sound production and playing by all. Steffe is giving plenty of room to play cool solos in each song and there are plenty of synth solos as well by Joie and maybe Gwyo. Crazy Lives is a really funky track with a heavier guitar riff. Telly Song has a slow spacey intro and goes into a reggae like piece but not like you are used to but the way space rock bands do it. Some cool solos and keys. Moonrise is an instrumental like jam with really nice bass playing to complement Steffe’s lead work, while the synths provide a spaced out background. Steve is very solid on the drums as well. Underground Dub is like the title suggests a sort of dub track with some wild synth sounds shooting into the soundscape from time to time and a more straightforward dub rhythm and keyboard as well at times. Rattle the Cage keeps the pace slow and spacey and would have been a good time for a more upbeat track but Steffe lays down one of his coolest guitar solos here. Dig the positive lyrics in this track. Only way is a short melodic track. The CD ends with a song called Near and How and this is more GONG like in nature with some wild synths returning and a more uptempo and hard guitar riff and they get totally psyched out like on no other track. Very cool way to end the CD..