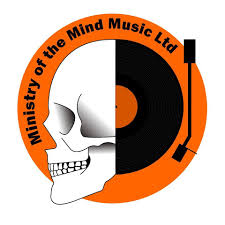 Ministry of the Mind Music is a project by Duncan and Otis Sole who works with a lot of cool people to help them to bring together music and video in super cool ways.  In this case, he has taken my friend Donald Williams lyrics and created a song dedicated to Psychedelic Space Rock!!  IT starts off slow and spacey with some nice visuals.  The vocals are quite laid back to start.  The music is synth drones, pads, bass and guitars.  The programmed drums kick in after a few minutes. The track has a really nice vibe to it.  It builds up at the last two minutes and a nice psych guitar solo kicks in and the drums end but the synths and guitar take you out to the end.. Lovely track…  See the video below.
https://www.facebook.com/459490704083842/videos/1278664132524269/ 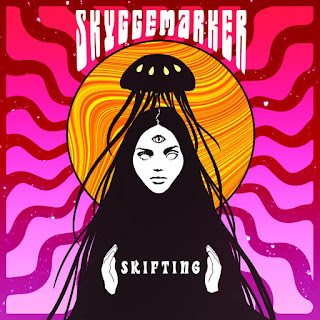 Skifting is a Danish psychedelic rock band. I really liked their last album and they are back with a new one, their 3rd album since 2014. Kasper (Troldmand) who briefly played with this band helps out with some production and added instruments on a few tracks. All the songs are sung in Danish. This one features 6 tracks and starts off with Onde Hånd (Evil Hand), is a slow stoney track with nice fuzz guitar.  A bit garage rocky with a passionate vocal.  Det du Er (Who you are) features some acoustic guitar as well as the fuzz psych element and a more laid back vocal.  Reminds me of late 60s Danish rock music. Min Engel (My Angel) is a more uptempo rock track with a spaced out guitar sound. This is my fave track on this side. Great energy and feel on this one.   Side B starts with Vi Signer Talenter is a bit heavier, fuzzier and more psychedelic.  Se det går Hun slows things down but not the amount of distorted guitar!!! Great solo on this one. The title track features some synths at the beginning, a vocal with some nice delays for a spacey vibe. It gets much heavier in the mid section of the song. Kasper adds some more spacey sounds as well.  Great long track, perhaps my fave on the record.

Limited edition vinyl and for 30kr extra you can get some stickers and a cool poster of the amazing artwork!  Another very solid album and different from the last one. If you like bands like Spids Nøgenhat, Måneskjold, On Trial, you will dig this one. 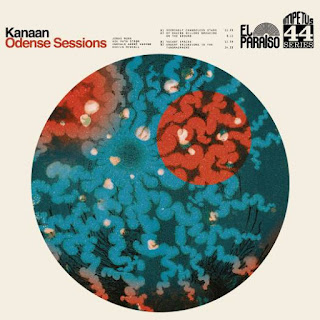 Kanaan are an instrumental trio from Oslo, Norway.  Their debut album, Windborne, also out on the Odense, Denmark based El Paraiso Records, was released in 2018.  This record was recorded at the El Paraiso studio in 2019 and includes tracks recorded live with a few synthesizer overdubs. Jonas Munk (Causa Sui) plays guitar, keyboard, mixed and mastered the record.  Side A starts off with the nearly 12 min track called Seemingly Changeless Stars.  The jam starts slowly and I believe Jonas is playing guitar on these jams besides the synth overdubs.  A slow build based on a repeated guitar motif.  Slowly one guitar moves out to solo. Drums and bass keep it moving as it gets spacey but also still edgy. Cool jam.  Of Raging Billows breaking on the Ground we have a more 70s style rock track to start off. IT slowly comes down to a very basic sound of bass, drums and more noodly guitar that eventually breaks out into some cool solos. Side B starts with Vacant Spaces. Starts slow with bass, drums and a melodic guitar line. IT stays pretty laid back. I had hope it would rock more. The final jam is 14 mins and starts slowly with two guitar lines. There are a few synths here and there as well. This one starts to build after 2 mins and they really get going into a rocking jam on this one. Love the bass playing as this jam goes out into a more psychedelic area than any of the others.  IT ends in a dreamy mellow way. Nice.. I was not really that into these jams the first time I heard it but if you listen loud, this album really grows on you and I totally dig it now!!!

https://elparaisorecords.com/releases/kanaan-odense-sessions
https://www.facebook.com/kanaanband/
Posted by Scott aka. Dr. Space at 2:48 AM No comments: 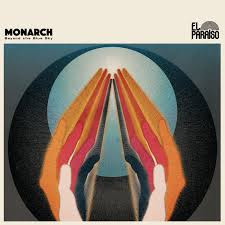 Monarch is a San Diego based band that features Thomas (JOY, Sacri Monti) on guitar, synths, saxophone, organ and more.  The bass player, Matt Weiss, used to be in Radio Moscow. This is the bands 3rd release with the first being an EP back in Oct 2014.  The band also features: James Upton on Guitars, Dominic Denholm on Vocals, Guitar and Synth, and Andrew Ware on drums. This album, like the last is released on the Causa Sui label. Hanging by a Thread starts off really spacey with some synths sounds that slowly get louder before the first guitar line enters. You have organ and synths to compliment the dual guitar lines. The vocals kick in after a few minutes and are quite laid back on this psych rocker! Divided Path slows things down and again features a lot of dual harmony guitars and steady groove. Thomas lays down a sax solo that gives this track a totally different vibe. Some Rhodes like keys in the background as well that sort of echo into the sound and you think the track is over but no!!  A slow build and the band returns! Pangea is next. Wonder if they took this from the Miles Davis album of the same title?? It starts with piano and spaced out synths. This one quickly becomes a rocker though with a cool wah guitar and layers of harmony guitars and a hard riff at times.  They go and return to the theme that started it off now and again. The vocals don’t kick in until 3 mins.  Great 6min track. The title track is next and a bit of southern rock feel it (just a little!). This track also features one of the longest guitar solos. There are plenty on this record but they tend to be quite short but here they really let it rip!  Phenomena is a short instrumental track that leads into Counterpart which starts very melodic but builds into a great rocker with a nice wah guitar solo section.  Some synths come flying in as well to make it more psyched out and then you blast into the Thin Lizzy dual guitar parts once again. Felo de Se ends this records with a sort of epic track. I have to say this is a great record following in the footsteps of the last one. It reminds me of the energy of the last Sacri Monti record as well with the same kind of drive, guitar interplay and harmonies but this is more psychedelic.