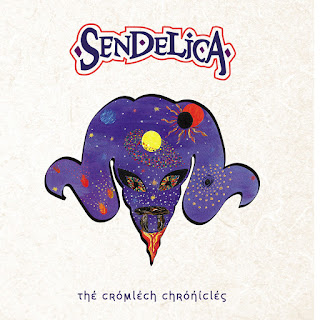 The Welsh band, Sendelica, is probably the most prolific band in the entire UK, are back with another new record. This one was performed most live in the studio last summer after the 13th Dream of Dr. Sardonicus Festival in Wales near Cromlech.  Side A is one long 23min track. It is a slow and spacey build with a really wide open sound production, like it was recorded in a church hall or something with the instruments feeling like they are spread all over the room. Pretty cool. Around the 10min mark, the guitar begins to get a bit more heavy as the tension has built after a long saxophone solo. The band brings it down again after about 3mins though but it is more rocking and heavy for most of the end part. A lovely jam this one is. Nice melodies, floating sounds.. The left side is the sax and the right the guitar.

Side B starts off with Satori Part 1 by Flower Travellin’ Band! Wow.. I love the original album and quite cool to hear a new take. They replace his voice with a saxophone so it is not quite so intense. Vellichor changes the mood completely and sort of freaked me out as it is a piano driven nearly pop instrumental. The last track, Zenosyne is a really cool spacey track with a heavy vibe and some intense sax playing layered between the synths and heavy bass lines. Another fucking great record… Cool Welsh band…

http://www.fruitsdemerrecords.com
http://sendelica.bandcamp.com
Posted by Scott aka. Dr. Space at 12:23 AM No comments: 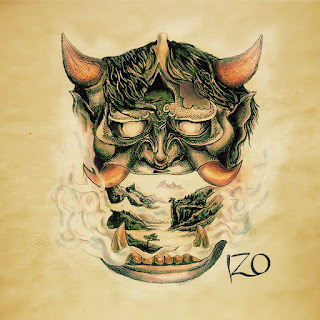 Izo is a pretty new instrumental four piece band from Leece playing tuned down heavy stoner doom stuff. A genre that is really hard these days to come up with a new and interesting sound. The IZO intro is pretty cool that starts the CD off with some effects on one of the guitars and strange vocals and then it kicks directly into We are what we Are and the heavy doom begins. One guitar plays the heavy riff and the other something more melodic and then the riffing becomes more intense as it builds up and then slows down again around 2mins. The band does not really like guitar solos and goes mainly for just heavy riffing and some melodic lines or repeated parts. This one ends heavy and doomy like it started but mostly a high energy stoner like track. Hikikomori starts off like a post rock track with some spacey synth like sounds (not one is credited so probably a guitar pedal of sorts) and at about 1:30, the heavy doomy riff kicks in.  They speed it up a bit but this one is more or less a pure riff monster until the 5min mark when the bass line and synth (guitar) take the track to the next phase of the long track. Very cool change and then back to the heavy stuff at 7:30 until the end. Kikusai is a slow builder with some nice melodic guitars for the first 4 and half mins and then a more stoner rock groove kicks in and there is a short solo section. euTONEsia is the last real track on the album and starts with some nice melodic guitars again as it slowly grows and gets more and more intense starting at around 2mins and they really kick up the energy at 4mins and yes… a guitar solo section a min before the end.. MudMut is a sort of outro piece. Check this new Italian band out!!


http://acidcosmonautrecords.blogspot.com
Posted by Scott aka. Dr. Space at 12:23 AM No comments: 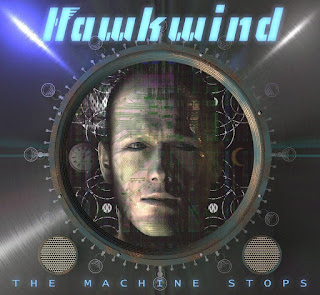 Hawkwind are back with a new concept studio album based on EM Forster’s 1909 book about how in the future staring into screens will control people. Pretty eerie… if you think about it in relationship to how the young people are controlled by the smartphones, that entirely rule and shape their lives. I don’t have one…  Anyway… musically it is quite a mixed bag but the lyrics are really cool and now I want to read the book, which I have ordered. There are some rocking songs but mostly it is Dave Brock solo material. He wrote nearly all the tracks and sings the lead on all but the first lead in tracks (Dibs) and the one quite awful track called Hexagone, that Dead Fred did all the instruments. Dave also plays all the synths, guitar, and keyboards on most of the tracks. Niall, Dibs and Haz Weaton split the bass duties.  Richard plays the drums. Very spacey stuff for sure but not many new ideas are presented. There are some really hard rocking guitar parts on The Machine, and A Solitary Man. Living on Earth has an interesting almost country fiddle section that I quite liked but the track itself was pretty average. The Harmonic Hall Niall plays all the instruments on this pretty eeire track with some “oh ha oh ha” vocals and almost techno trance synths (no thumps..). Yum Yum Dave plays all the instruments and does a spoken word over some drones and piano. Funny track. The Tube is a psychedelic instrumental that leads into the final track, Lost in Science, which again is more hard rocking It is a great concept to make an album on but musically it is a bit weak and is more like Dave’s solo material than a real Hawkwind band record. They need to just all set up in a studio make a real space rock record again and not these strange mostly electronic music albums that all begin to sound the same.  This is what the fans really crave…..

Katakombi are a Finnish band four piece band. I met one of the guys at Roadburn and he gave me this tape for review. It has three songs and starts off with Aukea (Open). This starts with an intense Finnish vocal over a simple heavy guitar riff. The drums, bass and synths slowly join as it gets more and more intense and scary. There is short break and then a more dreamy part kicks in and then a much more evil death vocals take over as the music darkens. Intense.. Kääntyneet Katseet (All Eyes Turned to) has another horror film like feeling to it like something is really awful is about to happen to a loved one. The voices are just as intense as the music and all in Finnish. This track is more heavy metal to start some how, then dark psych. It becomes really doomy and the Dark Buddha Rising influence becomes more apparent. Long track. Rajatilasta Todellisuuteen (Limit mode Reality) features the synth more up front than the other two tracks and the creepy vocals continue. This one kicks into almost thrash metal like territory and is spaced out, heavy and Evil stuff… If you are a fan of Dark Buddha Rising and Domovoyd, then you will also dig what these guys are doing. It is in the same sort of style. 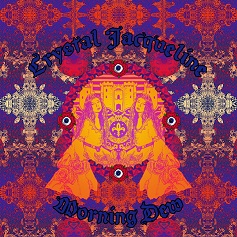 CJ have made a few releases on this label and are back with a new 7” with four underground tracks all performed with the bands usual skill and excellence.  Three are covers. I was quite surprised at the take of Morning Dew. I love the way Warren Haynes does this song and of course know the Grateful Dead version but this is something totally different. The female vocals are very beautiful and passionate and I like the way the keyboards sort of flow in and out and across the track. Ivy is an original track with some beautiful acoustic guitars, floating mellotron like keyboards and multilayered vocals.  Moonsong (originally by Joe Byrd and the Field Hippies) is more keyboard oriented with dreamy vocals and a more psychedelic feeling.  Sally go Round the Roses closes the 7”. Totally different from the original. Cool band.


http://www.fruitsdemerrecords.com
Posted by Scott aka. Dr. Space at 12:22 AM No comments: