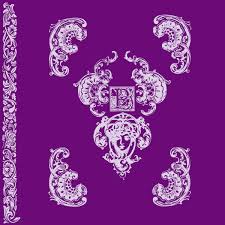 What a compilation. I have been trying to digest this for the last couple of months and still can’t really get my head around this San Francisco band that was around from the late 60s until mid 70s and never released anything. This double CD or 3LP box is pretty cool stuff.  The early stuff is like psychedelic garage rock and pretty cool and the later stuff especially the track You’re a Human Now, very Captain Beyond inspired. All the pre-1970 stuff was released under different names that the core of the band (Mark Lightcap, Martin Espinosa and Bruce Marelich) recorded with Timne, Blue Fever, Mandala and others before deciding on Uther Pendragon and bringing Mike Beers in on drums
What a fantastic find and cool release. The 3LP box looks amazing on the web site. I have put in a link for a pretty cool documentary by Craig Pedersen, who was in the band, where you can basically hear half the music in this collection and hear his commentary in between, as he managed the band. You can buy the release at the link below.