Circles were an underground experimental multi-instrumentalist duo from near Frankfurt from the early 80s featuring Dierk Leitert (synth, drums, bass, guitar, sax, flute, voice) and Mike Bohrmann (guitars, bass, synths).  They Circles was released on a small label, Einhorn as a private press in 1983. More Circles was released in 1984. This is the first official repress of this material. 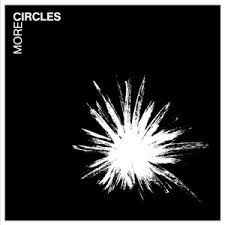 Circles uses quite a bit of samples, voices (German language) and comes across more raw and in your face compared to More circles, which has a more refined sound in some ways. Chant is downright strange tortured stuff. Throbbing Gristle?? Rockola is one part a normal rock song and the rest strangeness with bizzare saxophone and odd stuff.  Lots of weirdness and cool stuff.  More Circles follows the footsteps of the first record but is not quite as raw. A few tracks feature more guitar and some quite cool stuff especially on the long piece Several Steps leading through Different rooms and Spiral Dance (last track). Most of the record is shorter pieces (1-4mins) of experimental music like you could have heard in the early 70s with groups like Harmonia, Cluster, Fripp and Eno, etc.. but they mix in cars driving by, church bells, all sorts of strange stuff that bands like Throbbbing Gristle and Nurse with Wound also experimented with. Mental Dart is a strange one with a lot of voices. A lot of trippy stuff on this record with cool panning, strange sounds. These guys were very adventurous for sure and this is just as cool today as it must have been back then but far more people can hear it due to the internet. Enjoy…