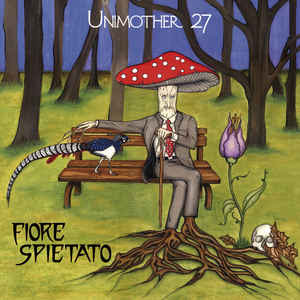 https://www.facebook.com/Unimother27
Posted by Scott aka. Dr. Space at 10:52 AM No comments:

Janne, is best well known as one of the guitar players in Circle/Pharaoh Overlord. This is his third solo album. I really loved this first two and he was such a fun and cool entertainer to see live as well.  The first two albums were pretty stripped down with just Janne and some percussion and a lot of this record is the same (the way I like it) but he also has drums, and other instruments played by different folks on several of the tracks this time around. The opening number is an vocal only track with 4 different vocals (Janne, Richard, Faith, Sirpa) and interesting lyrics. Very cool and different. Sick Child is hypno blues number with passionate vocals and simple strummed guitar and some drums (by Janne, who also plays dulcimer, keyboards and percussion on some tracks). Run No More is driven by the drums (like Pharaoh Overlord!) and a bit later the guitar comes in later and gets some heavy riffing going on. Not usual on his solo records. A bit of keyboard can be heard as well joining in towards the end. Oh Wind features the dulcimer and is like an old Irish fold song. Days of Love is a slow moving track with beautiful guitar and a kick drum with vocals. Janne is digging deep on this one. Side B starts with a song sung in Finnish (Kuoelman lautturin tytär). Just vocal, guitar, and simple drum. A bit haunting. Ydinukio is a song written by Circle and Janne. This one is also quite haunting with a repeated guitar line (should not be surprising, it is a circle cover!) and drums. IT sort of trys to rock out! Back to Etcetera sort of sucks you into it’s hypnosis. Janne also plays some keyboards on this one but it is the lyrics and vocal delivery that grabs me most. You come from Far is a shorter track with keys and drums and multilayered vocals. Sirpa helps out as well on this one. The title track ends this record and features Juho on trombone!  I just love his stuff. Please check it out. A very passionate artist.
Posted by Scott aka. Dr. Space at 10:37 AM No comments: 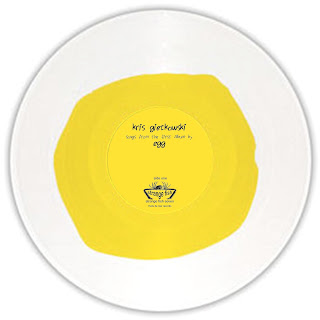 This is a pretty interesting jazzy, instrumental organ driven remake of the first EGG record from 1970.  I don’t actually own the original but I remember my friend Malcolm Humes (RIP), played EGG for me a few times. Egg was Dave Stewart's (Organ player in Egg, Hatfield and the North, Soft Machine and National Health (all great bands!) band. What is most interesting is that Kris (from Poland but living in England) plays all the instruments on this record! THe long Symphony No. 2 is my favorite part of the album. YOu can hear the original below and maybe check out Kris's version at the link below for the record label. A great version of this old classic...

http://www.fruitsdemerrecords.com
Posted by Scott aka. Dr. Space at 10:37 AM 1 comment: 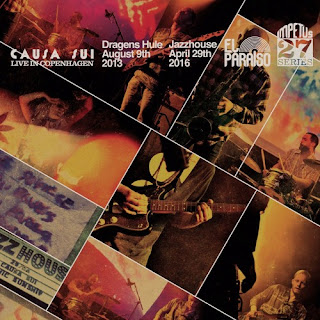 Causa Sui have part of the Copenhagen music scene for over 10 years and while their live activity has seen fewer and fewer shows over the years, us living in Copenhagen have always had the chance to see some very special events in places like Dæmonens Port, Dragens Hule, and Copenhagen Jazz House, as well as the normal venues like Loppen.  The band released the double live at Freak Valley LP just two years ago but there is not a lot of overlap in material compared to this box set. Both shows were quite special here, starting with the most recent from the Copenhagen Jazz House from summer 2015.  Johan Ridenlow (Saxophone) has played with the band live quite a few times and is on 5 of the tracks. Nicklas (Papir) guitar player is a special guest with the band on 3 of the tracks from the Dragens Hule concert and these are amazing. Side F is pretty mindblowing stuff. Really sad that I had missed this show.  Amazing box set with great sleeve artwork, a cool box, etc.. A must have release if you like this band or are just a fan of instrumental, psychedelic improvised jam rock!  If you were lucky enough to get a copy with the extra 10” (only the first 300 orders from their web shop), it is two tracks each about 8mins recorded on 12.28.16… The download card features another extra track as well!  Great value.

http://www.elparaisorecords.com
Posted by Scott aka. Dr. Space at 10:30 AM No comments: 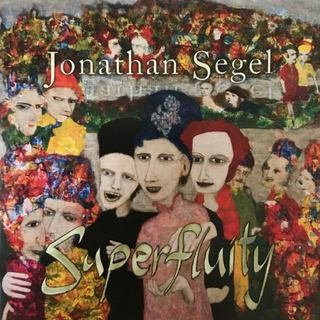 Multi-instrumentalist, Jonathan Segel (Camper van Beethoven, Sista Maj, Øresund Space Collective and many others projects) is back with a double CD of songs and jams.  Besides the female vocals (Kelly, Sanna), drums (Mattias, Chris and Andreas),  and Trombone (Stian),  Jonathan plays everything else.  The first CD is mostly 3min tracks with some really cool and fun lyrics and remind me of the shorter tracks on Hieronymous Firebrain and the Dent CDs he released years back, while the longer tracks (my faves), Sleep for a hundred years, Phenomenon and On and Like Mercury, have a lot more going on and some amazing music.  The 2nd CD is again a mix of 2-5mins vocal oriented tracks but two instrumentals (The Dying Stars- great..) and The luxury of Living. Overall, this is a very electic and excellent set of music. A great starter if you have never heard his work and if you are a fan you will like it as well.  Playing with people like Mattias (Drums) and Micke (Kungens Man) has been a great thing for Jonathan. Also check out Sista Maj (http://sistamaj.bandcamp.com) . Enjoy..

https://www.jonathansegel.com/
Posted by Scott aka. Dr. Space at 10:04 AM No comments: 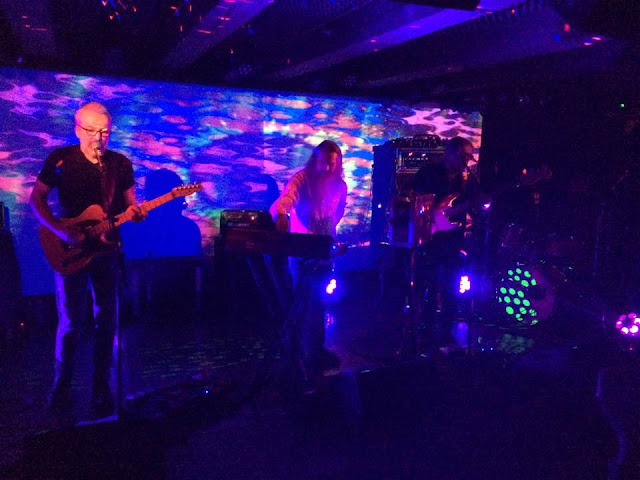 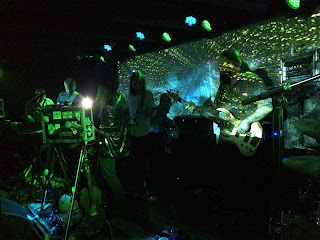 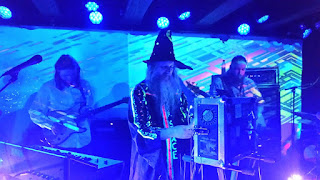