This was the 3rd time Colour Haze has played in Portugal (I missed one of them) and they have quite a following as this show was sold out!  I have known the guys for over 20 years, as we toured together in Oct 2002 (Gas Giant/Colour Haze). I showed up about 17 and found Stefan in the backstage with one of his guitars.  Hugs and a nice chat and he was off to finish set up for soundcheck. The bass, keyboards, his amps were all done. Manni was barely started with the drums so we had a chat as well. Spent the most of the next 3hrs talking with Stefan about life, record labels, recording, family, etc.. we had a great time. We spoke a bit about the state of the world over dinner as well.  I left the guys an hour before the gig so they could relax and get into the vibe. Place was packed when they started.

The band started at 22 and finished about 23:45 and did two encores. They played the entire A side of the new album (not in order).  It was the first time for me to see the band with the new bass player, Mario. He plays just like Philip, even uses the same gear and type of bass. If they wanted a clone, they got the right guy as he laid it down well.  There is no space in the perfection of what Colour Haze to for him to change much.. Great player. Jan, now this is exactly the evolution that this band needed and most of his contributions were amazing even though I felt like 50% of the time you could see him playing you could not hear him.. He really transformed some of the songs a lot like Aquamaria, Skydancer, and Transformation. Amazing keyboard player and a nice guy as well.  Skydancer, the new song Ideologigi and Tempel were probably my highlights.  Still a great band after all these years and super nice people.  Danke guys… 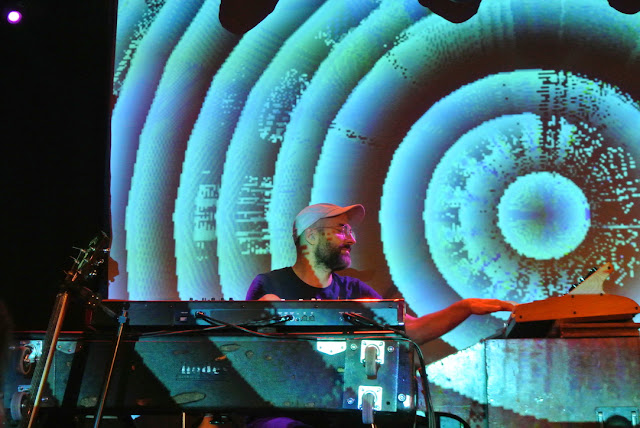 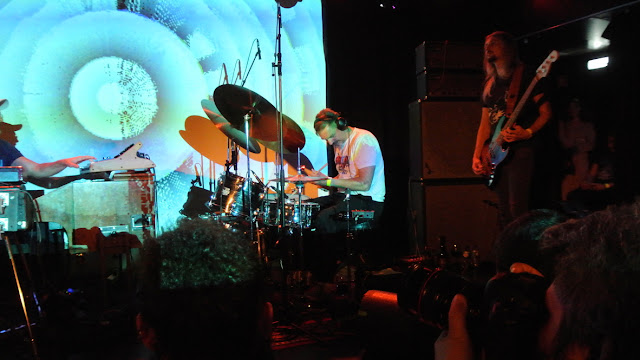 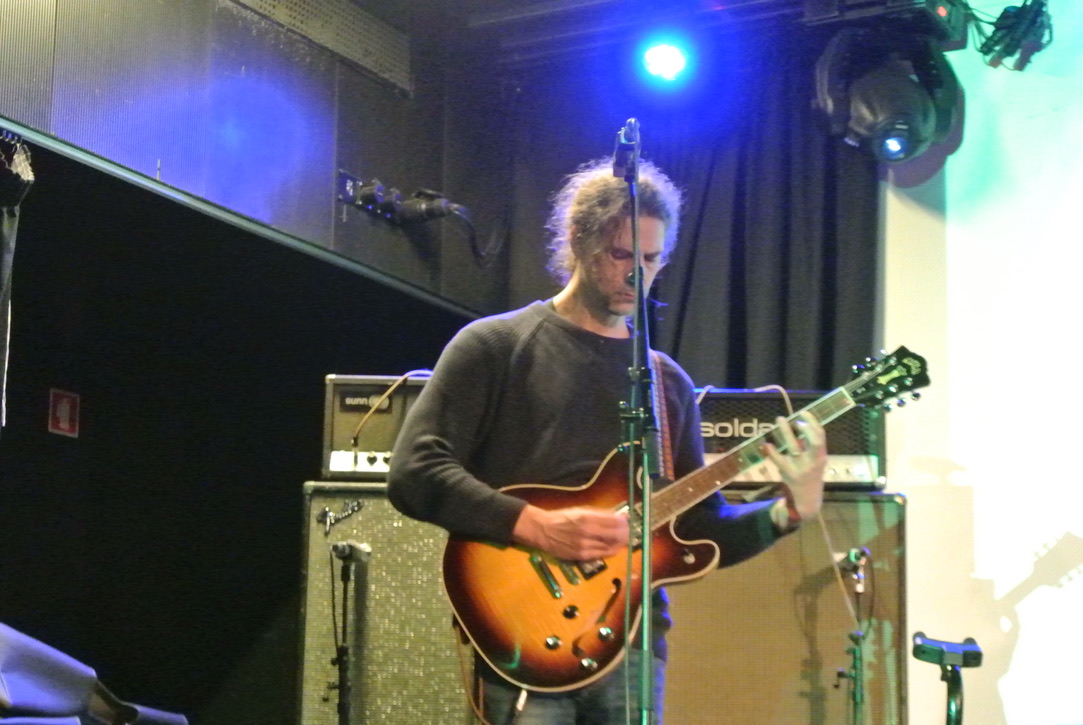