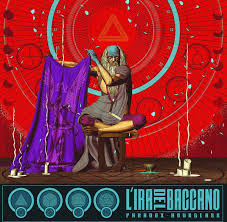 This is the 2nd album by the 4 piece instrumental Italian band.  I really liked the last one a lot so was quite looking forward to hear this one.  The album features four long tracks staring off with the title track, Part 1.  This track features some pretty intense drumming (or maybe it feels that way because the drums are mixed quite high in the mix). The two guitars weave in and out of some interesting paths, with sections of solos or noisy a bit psychedelic bits. Occasionally, they are synthesizers as well. Ivan lays down some great bass lines also. Cool track. Part 2 of the Paradox Hourglass, No Razor for Ocam, is a more heavy metallic track in nature, later there is a short spacey section, then back into the heavy theme. Abilene (The trip to.) is next. IT starts slow and melodic but soon a heavy riff kicks in.. There are so many changes and riffs in these songs, they must be really hard to remember. The band must rehearse a lot!! Anyway.. back to Abilene, the mid section is really nice and spacey and relaxing and I really wish they had kept this going a bit longer with a nice melodic guitar solo after the spacey synths and e-bow guitar before going heavy again. Oh well. Later, the synthesizer takes the lead role while the heavy riff continues and they take this out to the end. The Blind Phoenix Rises is the closing track on the album. This is a pretty doomy track and a bit slower and also by far the shortest, almost feels like it’s incomplete.. Anyway, another very cool album with so many changes in it. Please check them out…

I really liked the album a lot but the drums are mixed a bit too high for my taste, especially the snare drum at time, it really annoyed me.  Sounds like they pushed the drums too hard in the mastering, maybe?  Amazing artwork  by Fabio Listrani.  Cool stuff..

https://liradelbaccanoofficial.bandcamp.com/album/paradox-hourglass
Posted by Scott aka. Dr. Space at 8:33 AM No comments: 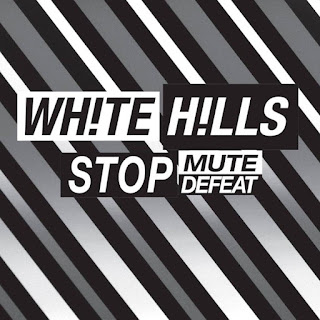 White Hills are back with another step into in a new area of psychedelia. While they have built their career up early on based as a high energy guitar driven space rock band, the last 3 records have really shown a growth in musical experimentation like never before.  I have to say straight up that if you are not into a sort of more old school Cabaret Voltaire electro 80s vibe, then this album is probably gong to disappoint you. There is still a decent amount of guitar on many of the tracks but nearly all the drums are programmed (from what I can tell and no one is credited with drums). Some of this stuff is very psychedelic and has a strong political message and is clearly an album to make people think a bit, much like the last one.  I got pretty tripped out on the record..  I wonder how they will put this together live on the upcoming Europe tour???  A much more visual experience, I expect.  Check out the great videos work Ego has done for the track below.. Attack mode reminds me of Ministry! Enjoy....


http://whitehillsmusic.tumblr.com/
Posted by Scott aka. Dr. Space at 8:30 AM No comments: 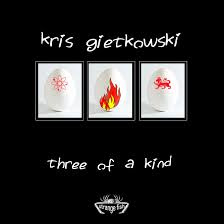 http://www.fruitsdemerrecords.com/threeofakind.html
Posted by Scott aka. Dr. Space at 7:23 AM No comments: