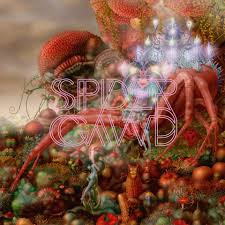 As the title suggests, this is the 4th album from the Trondheim based, Spidergawd (there is also a band with this name from Los Angeles).  Bent (Motorpsycho) is not on this album and has been replaced by Hallvard. Is this Love sounds a lot like Monster Magnet during the heavy section (Dopes to Infinity) but the rest of the track is unique and a pretty heavy at times but also pretty commercial in the pop section. Overall, it is pretty intense stuff though. I am the Night starts with drums and bass (great studio production!) and then it gets more and more intense and a great wah guitar solo. Loucille  is a mid paced sort of power rocker. I don’t know why but I get 80s KISS for some reason?? Ballad of a Millionare (Song for Elina) slows things down a bit but the heavy vibe is still there and Per’s powerful vocals are ever present.  Side B starts with the single from the album, What have you Become, a fast paced rocker! The Inevitable starts off with some sax and harmonica and a really cool slow build. It eventually gets quite heavy and is the longest and most musically diverse track on the record. Heaven comes Tomorrow starts with the band going into rock and roll attack mode before, storming off on the cool riff. The record ends with Stranglehold (not the Ted Nugent classic!). It has a heavy Nugent like riff though and rocks… The saxophone plays much less a role on this record than in the past and plays mostly dark tones and not many solos. They have a guest harmonica and pedal steel on one track, which is cool. This band gets more heavy and rocking with each record.