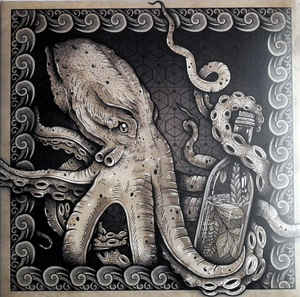 I had never heard of this trio from Italy before.  This is the bands 4th release since 2012. The album features 6 tracks in 51 minutes and starts off with Into the Heart of the Volcano Sun! Great title. It is a slow spacey track.


It is a long slow spacey track with nice dynamics between the three instruments. A bit like My Sleeping Karma. The vocal does not start until 7 minutes and is a very laid back most of the time. At 8 mins a more doomy riff kicks in and at 9 mins the vocal intensity increases.  Near 10 mins we get the guitar solo before the track ends in a doomy way. Gone Again changes the vibe totally and is a full on stoner rock track, like good old Dozer!!! Hajra starts slowly with a riff that sounds familiar but I can’t place it. It has a bit of a mysterious vibe and you can hear some keyboards in the background on this one. At about 3 mins the track gets much heavier. Reminds me of Sad but True by Metallica, a bit.  I dug the mid section with some additional drums-percussion. Interesting way to end the song. Devil’s Peak goes back to the doomy stuff but also with a bit more of a stoner groove.  Lunar Queen has some nice instrumentation to start with a clean guitar and the vocal is very different, almost bluesy, Tom Waits like (not so rough though).  Sanctuary III-The Deep ends this album with another epic. Starts slowly but then the doomy stuff kicks in!  At about 5mins the track takes another turn keeping the dark feeling intact. What a great 15mins track.  Lots of twists and turns.. The band is in the genre, doom, desert-stoner rock, I guess. IT is a great mixture and mostly instrumental music and a bit more on the doomy side this release.