Purson- Leaning on a Bear 7” (Rise Above Records) 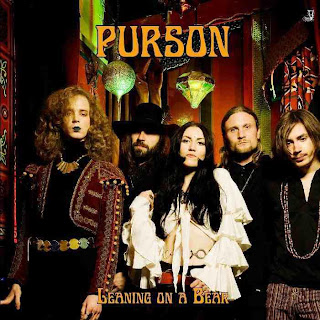 Purson are back with their first single from the new record, The Circle and the Blue Door, which is due out in May 2013. I quite liked the debut single that was released and is now long sold out.  The beautiful, friendly and mysterious guitarist and lead vocalist Rosalie also co-writes all the songs. The title track starts side A and it is a very 70s organ driven rock track. The song has a nice groove and during parts of the song they put this strange effect on the vocal, which I am not that keen on. No guitar solo but a nice organ solo (short). Pretty cool song. The B side is a unreleased songs called Let Bloom. It is a laid back more melancholy track with some beautiful singing. This track is also greatly lead by the organ, which has become the center point of the bands sound. I look forward to hearing the full length record that I have pre-ordered.

http://www.riseaboverecords.com
Posted by Scott aka. Dr. Space at 1:58 AM