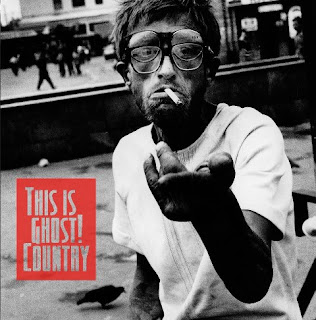 First off, this is a damn strange record. I have to give the band some credit, they have made a very strange stoner rock record, one that most out there will think, what the fuck is this??? Give it a chance though… The singer sometimes has this very laid back, stoned vocal style, very drugged, then he will burst out like a hardcore singer, ok that is only on the first song. Dumbfucker is a downtuned angry track. Very doomy also. Ztupe/Red Area is a fast paced track with a slight melodic thread while staying pretty angry and aggressive. The guitar solo section is pretty crazy and out of control. The God Replacement slows things down at bit with a heavy stoner riff but has this sort of tension in the track, where you wonder what will happen next. Tekken has a guitar like “The End” from the Doors, just briefly, to start the track and then the heaviness begins and the track becomes quite massive. Big Fat Killing is a 1min track that reminds me of Suicidal Tendencies. Black Trekker pushes the vocal back a bit as this has a nice slow stoney groove and riff, a bit bluesy and perhaps the most psychedelic track on the record. Bootes, the last track is 8½ mins and perhaps the most dynamic track with slow, heavy, faster and repetitive heavy riffing with psyched vocals. Cool new German band.

http://www.electricmagic.de
Posted by Scott aka. Dr. Space at 1:44 AM