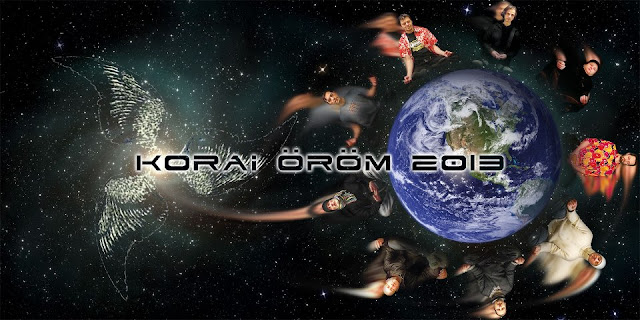 It has been a couple of years since the last KO album but I am always up for a new one. The band has some changes over the years but still maintains a lot of the members from the early days, which is great to see.  Anyway, the band is still pretty cool today and are now releasing the music on their own label. The CD opens up with a track called Dawn Raga and like the title suggests it has an Eastern feel to it but no sitar but cool guitar parts and percussion. Arab Spring hits you by surprise as it has a quite hard guitar riff and is really fast and frantic with some really cool synthesizer and the occasional “hej”. Periodic is alike something in a sci fi movie chase scene. Very cool track with freaky sounds. Afro goes through these freakouts where it is slower, almost like ska and then very frantic and wild like the Arab Spring track, and then back to more melodic, spacey stuff and then back again. Very cool song. Deltoid has a really cool almost trance feel to it due to the repetitive parts and Miklós plays a lot of cool instruments in the background like the hose pipe trumpet, jews harp, etc.. Ozrics and Shpongle fans will dig this one. J.M.J. starts with a techno drum beat and is even more electronic and dancy in some way. The CD ends with two short two min pieces. They are too short to develop much and I curious why at least one was not put in the middle of the record? Anyway, another very cool release and one I have been hearing a lot lately.

Check out the Lollipoppe Shoppe for all the best in eastern European bands. They stock this new one as well.