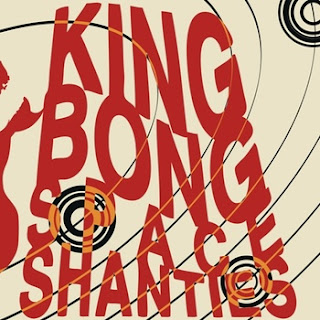 This is the third release I have reviewed by this pretty cool Italian band. I love their song titles and this maybe the best thing they have released and as all their other releases this is completely live in the studio with no overdubs. The CD features 6 tracks (63mins) of psychedelic and sometimes stoned music starting off with the 13min Even 50 feet hamsters have Feelings! It starts slowly with cool a cool bass line giving the melody as the guitar is just freaking out in the background and then the kick drum comes on and changes the balance of sound. The guitar riff starts slowly but becomes more wah-phased out and then the dynamic shifts and the guitar gets really heavy and spaced out. They come in and out of a almost doomy feeling at times. Cool dynamics. Of Bong and Man starts off as a more hard driving stoner rock like track. It mellows out a lot in the middle section and is almost like reggae but not quite before getting heavy again. Inhale on Main Street (cool title) starts off with a really cool riff that they repeat over and over for a while and then the track really psyched out with some crazy guitar stuff (a bit like 7thatspells). Kilooloogung brings the intensity down again with some melodic guitar riffing that slowly builds up. The drummer is really great at the end of this track. A B.Ong (11mins) is the fastest track on the CD with a quite furious pace at time and then it slows down and becomes almost bluesy and as some spaced out sounds are heard flying around in the background. Andrea plays some cool lead guitar as well. Cthulhu ends the CD. Starts slow and spacey with the drums having quite a different sound at the start before the heavy bass line kicks in and a darker heavy track develops as it should with the name Cthulhu! If you dig free form heavy jamming you should for sure check these guys out….

http://www.moonlightstudios.it/recording/ http://kingbong.bandcamp.com
Posted by Scott aka. Dr. Space at 12:04 PM