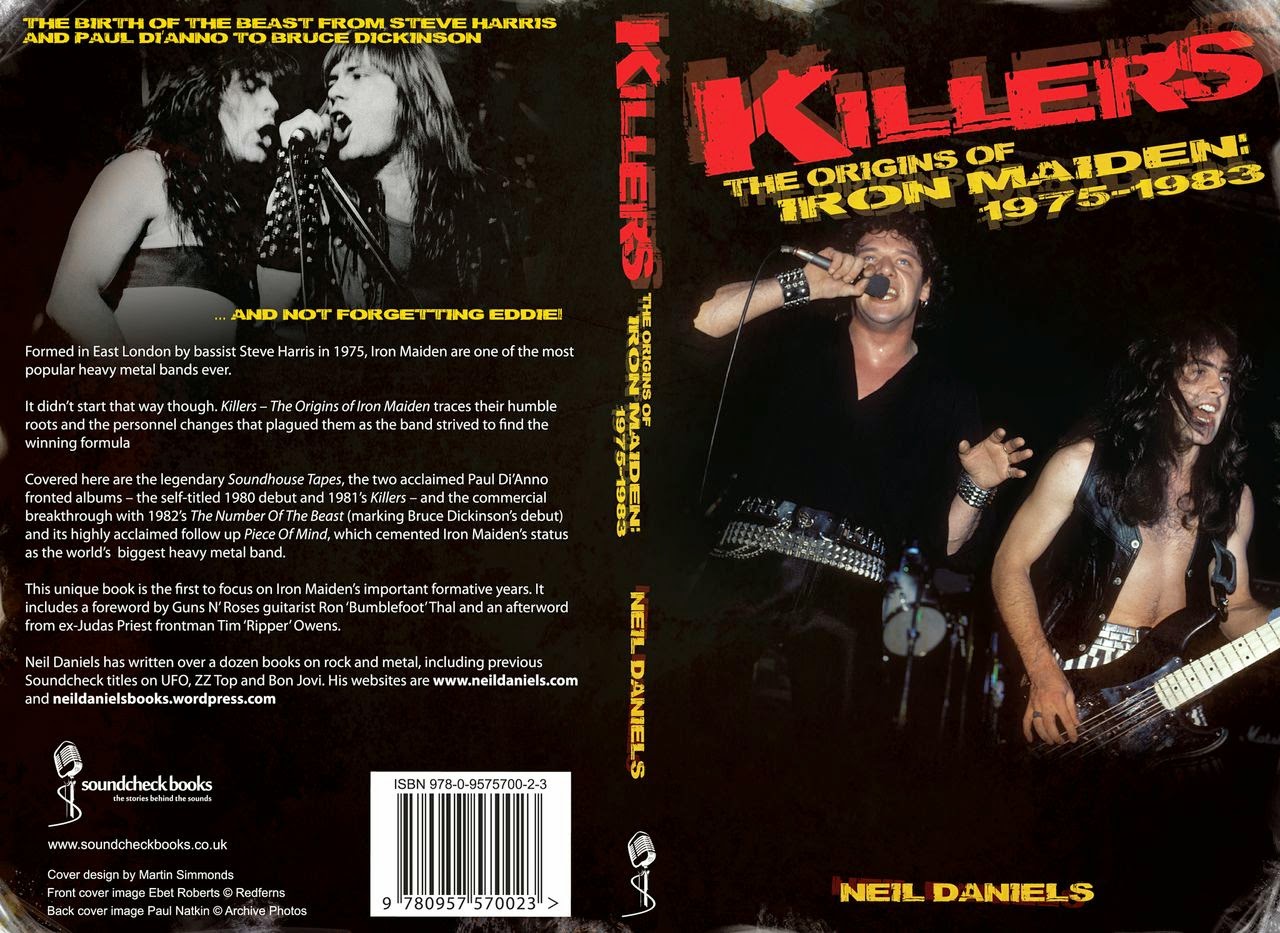 This is a very interesting book if you like Iron Maiden. A lot of things have been written about this band over its nearly 40 year history but before this book, I think it was pretty difficult to dig up what happened in the year before the first album, when everything exploded for the band! Some of the songs like Wrathchild are as old as 1976!

Iron Maiden has always been Steve Harris’s band and always will be. He has written the vast majority of all the bands material and also did in the early days, perhaps even more so. A lot of people were in and out of the band for various reasons; not being good enough players, not dedicated enough, too serious enough, etc…. It was very interesting to hear how intertwined the early Iron Maiden was with Samson. It was not just the Bruce Dickenson who came from the band but also that their drummer Thundersticks, also played drums in Maiden and could have had the job instead of Clive Burr but choose not to. Also, different guitar players from Samson also played in Maiden.

A large part of the success of Iron Maiden came from the true dedication and hard work of the management team, which still works with the band today. These guys were very focused, very professional, also they took risks but they worked hard for the band, for the band’s vision and made one of the largest successes out of the band in rock and roll history. This is clearly something so many bands lack today, someone who is willing to take a risk, work really hard for a band to help them and make it succeed.

Anyway, you will learn a lot of cool stuff about the early days and how Dianno was really a punk but liked the aggressive metal, while Steve hated punk rock but clearly allowed some of that energy to enter into the early Maiden via Dianno. There are not many pictures, a few ticket stub scans, concert ads, etc.. but a complete gig list from 1975-1983, line up info, discography and some cool short half page essays by Metal heads that were around at this time (including some of my old friends, Bob Nalbandian and Jim Powell), which I found pretty interesting. I could have easily been one of the people interviewed as well as I had a HM fanzine called Metal madness in 1984-1988. I saw the band twice on the Killers tour, met Steve Harris in 1981 in El Paso at the hotel, have fully autographed ticket stubs from the 1980 tour, loads of old Maiden stuff (programs, etc..).. I was a huge fan…. Cool book..