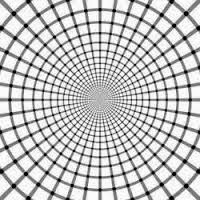 It has been many years since I heard a new Astralasia record but this is quite different from the more commercial stuff the band was doing when I last heard their material. This album features two long and two short instrumental tracks and two shorter tracks. It also comes with an additional 7” record with two 7 min tracks. The first track is very dreamy with a repetitive synth line. There is some guitar that comes in as well but it is almost entirely synth based. Track 2 has a long build but then drums (computer) and some nice guitar kick in as the tempo, which was built on a slow bass drone, is thrown to the side and a cool track develops, but is still mainly synth based. It eventually ends after 15mins with some acoustic guitar and synth drones. The third track, features some really cool space guitar, ala Steve Hillage style, amongst a sea of floating synths and simple programmed beats. Beautiful… Track 4 has a pretty psychedelic start and is very dreamy and floating with a lot of stuff happening as it starts to grow (real flute or synthesizer?)… As this track grows, there is some really cool slide guitar with delay played to compliment the computer drums and synths. There is some lightly sung stuff going on under some windy static towards the end of this track as it gets quite strange. Next are the two tracks from the 7” record. This is the desert starts with some beautiful piano and harmonica to set the mood. This is a super cool track with some great guitar as well. The flip side again features some great spacey delay guitar and is the most uptempo or close to what you could say rock track on the record with what sounds like real bass although it is probably also done with computers like the drums. A pretty cool release.