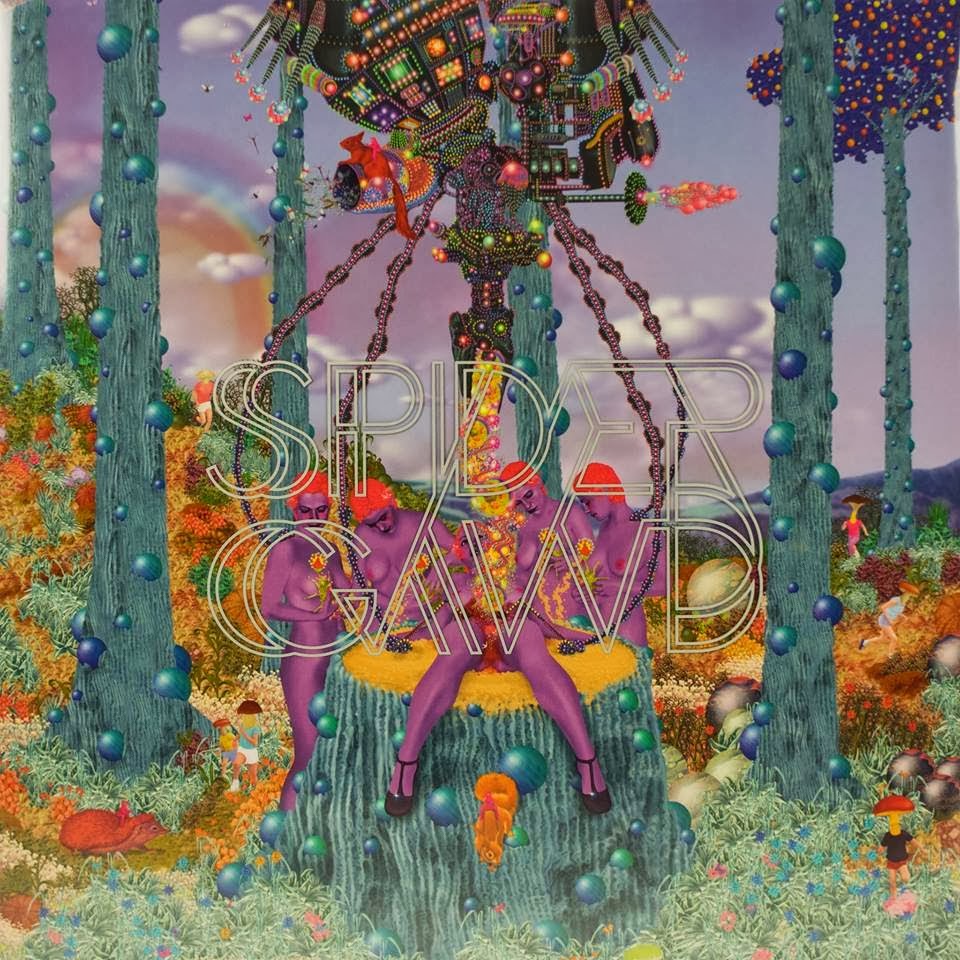 This is a new Norwegian band to me. They have release two singles before this amazing full length record. The band hails from Trondheim and features the rhythm section from Motorpsycho. This limited edition vinyl record is a super cool package with amazing artwork and on a few different colours of vinyl (I got the purple one). The album in CD is also included. All information about the record is printed on the inside of the sleeve, so you have to sort of stretch it out to see the writing. The record features 4 tracks on the A side and two on the B side, one which is most of the side. Per Borten is the lead man who plays the guitar and sings. There is also saxophone, trumpet and pedal steel on the record.  Into tomorrow starts the record off with a low fi garage rock type song but then when the bass and band kicks in, it is a real rocker. The vocals when Per is at his most powerful he reminds me of Spice of Spiritual Beggars. This track also mixes in some keyboards and horns into the mix and has a cool groove. Blaer Jubel starts off sounding just like Motorpsycho the way the bass line runs through the track but Per is a more intense singer and then the cool lead guitar takes over for a brief section. The track has a long instrumental section where the guitar is mixed up front and the rhythm is just killer and it just ends as a sort of faded out jam. Master of Disguise is uptempo and really reminds me of Spiritual Beggars but with a bit more rock and roll attitude! Southeastern Voodoo Lab starts off a bit funky but then just ends up in a very jamming loose feeling track. Damn, this side is some kick ass rock and roll with attitude, some far out fuzzed out guitars and killer grooves. It is great when the horns kick in as well. Flip over the record you have an extended version of Empty Rooms that was released as a single. It starts off with a sax solo and a long intro before the band and powerful vocal kicks in and the track really rocks with a powerful bass line like Back to Komm by MC5 and a cool guitar with some massive effects on it. Million and Somersault is a long jammed out instrumental track and by far the most laid back on the record but with some excellent space outs and psychedelic parts and lots of changes.  Amazing record..