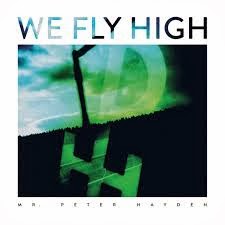 The psychedelic rock band from Finland entitled Mr. Peter Hayden have a new 7” record out to proceed the release of their next full length record due out in April. The 7” has the long track split over two sides. If you heard the bands last record, then you will get an idea of the direction the band was heading. The side A starts off slow, heavy and spacey with a quite far out sound production to start (especially if you play it at the wrong speed!). When the track really begins it is heavy, repetitive, and slowly evolving with a distant vocal. The lead guitar lines make it pretty psychedelic before you have to turn the record over. A quick fade up before the monster space laden doom riff kicks in. This track is basically instrumental but towards the end you can hear a voice that sounds like it has a vocoder effect on it but it is mixed into the background. The next record is going to be a trip for sure!