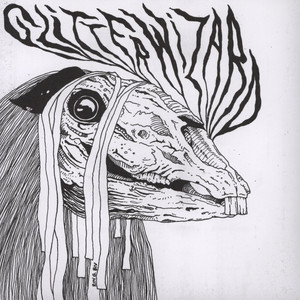 Glitter Wizard is a San Francisco band who I have been following and I just happen to hear they had a new 7” out, so I picked it up. It is two tracks, both recorded in 2011 and features some pretty far out black and white artwork. Horses is a pretty frantic track with some crazy parts like a more insane Danava. Pretty raw sound production and some cool guitar and organ parts and a great jam for a 7”. Flip the record over and you have Fire! It is also a high energy psychedelic track with some cool organ stuff. The band continue on their unique psychedelic trip.. The band has a new record Hunting Gatherers due out in Nov 2012.