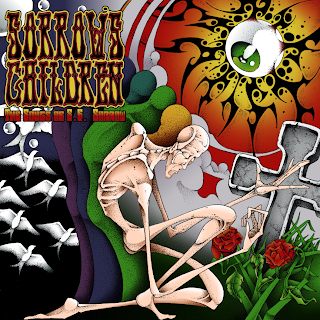 The UK psychedelic blues rock band, The Pretty Things, released one of the first rock opera, concept albums ever back in 1968. It was highly praised as well as highly criticized but has become a classic.  Fruits de Mer records brought together some of their favourite bands to do an unique version of the record with each band taking on one song.

If you are fans of these bands or the album, you will really enjoy this. The sounds really excellent. The LP ends with the actual Pretty Things performing, Loneliest Person live from the 100 club from December 2010. The label will also release a new Pretty Things 7” in May 2012. If you are a fan of this record, you will find this pretty interesting. I love the fantastic cover artwork. It is released in 700 copies on colored vinyl with no CD or download sales. Pretty exclusive. It is on sale now and due out in April 2012.

http://www.fruitsdemerrecords.com
Posted by Scott aka. Dr. Space at 10:48 PM