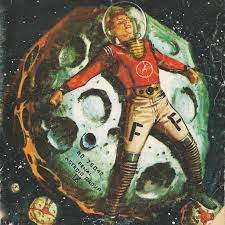 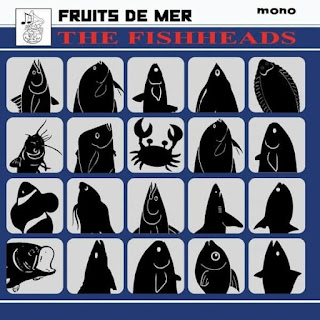 Got this just about the time that Michael Nesmith had died. Quite sad news for many people as the Monkess were a part of a lot of our younger years, be it their through their LPs or TV shows!   Anyway, this a great version and you can´t not resist to smile as this is happy music!!!  Get up and Dance….

The B- side is a cover of another great and classic song, Let´s get Together!!  So who made these versions, well, it is a lot of folks from what I call the Fruits deMer Family! Anton Barbeau, Crystal Jacqueline, Icraus Peel, John Chinn, Paul Chousner, Holly Bowler and put together by Swordfish (Astralasia).. Nice release.. 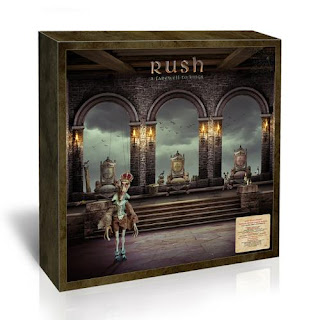 I hate to say, I am a huge fan of these box sets but damn, they cost too much in general but I was able to get this one for cheap cause there is some noise on 2 of the LP sides.  Anyway, this has been my 2nd favorite RUSH album and when I heard the Steven Wilson had done the 5.1 surround sound mix, I had to get it, one day..  The packaging is really nice with a replica 1977 Tour program, a ring, a print, turntable mat, and this triple LP and 3CD/DVD set..

Anyway, it was amazing to hear this in 5.1.  In the liner notes Steven writes that for some parts he needed to maintain the main three tracks pretty close to the original to get the feel and sound of the original and it is mainly the drums that he uses in the surround sound.  The tracks like Xanadu there is a of tubular bells, synths, etc. that made the track sound just incredible, like you would image it could, surrounding you with sound. Also Cygnas X1 is totally incredible, the spacey intro and other parts. Just amazing. The other songs sound great as well and the visuals are sparse but really cool with slight animations.. Good for the really stoned people!  The three videos they made, which are basically them playing live in a studio were cool to see as well. I don't think I had ever seen any of them.

The live recording that comes from this tour is superb quality and while most (all but 4 songs) have been released before, not with this sonic quality and care.  It is the same tour as the All the worlds a Stage so the set list is pretty close.  A quite cool box... 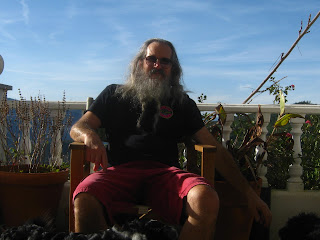 This was a very difficult year to decide on what my favourites were and a lot of great stuff came out in November and December (Black Label Society, Gin Lady, White Manna, Eldovar, etc..)..  Anyway, for sure Saturnia was the album that I played the most this year as well as Samsara Blues Experiment (but that was released in 2020!). The rest of the order could change each week...  The Winner was Saturnia!

I think this is the best Saturnia record Luis has made. Such great songs and the sound on the vinyl is amazing. Parabéns!! Congrats.

My wife and I love Blackberry Smoke and while they keep getting a bit more and more mainstream and soft and not rockin´ as much, Charlie keeps writing fucking great songs that after a while you just get hooked on. Having Warren Haynes and a collaboration with Ricky Medlocke on one of the albums best songs, Scarecrow, I loved it..

This is a record that has been long in the making and I recorded some synths on an early version of the opening track, Freedom Rock. Anyway, Zack, really has a winner here with such a great variety of songs and styles. I have played this one a lot. Great great record..

What can I say?? Monster fucking Magnet rocks!  I would have preferred a new studio album but this sort of us is in a way as they really have taken a wide range of cool mostly 70s tracks and made them their own.  We were Born to Go Baby.. played this a lot…  Cool stuff..

This album is my fave of all the Sendelica albums I have heard (probably heard half of their output).  Just love the flow and subject matter, being an atheist.  Fantastic album. Pity I did not manage to get a copy of the album.

My good friend, Santtu asked me to collaborate and mix this record for him and so I have heard this a lot and it is just a classic space rock record and having my musical partner, Martin, playing most of the guitar was a bonus.  It will be a space rock classic one day.. Great great album..

You are never quite sure what you are going to get these days and for sure I did not like this album as much as the last one due to the shorter songs but damn there is a lot of cool music and they keep pushing themselves.  One of the best live bands on the planet these days…

Nick from Elder put out his first solo album and he sent me the CD.  What an awesome album and very impressive playing since he played virtually all the instruments.  I was not very fond of the more mainstream sound of the last Elder record and it was a bit too much vocal heavy but this is all instrumental and just super songs..  Heard it a lot of times..

This band is flying the space rock flag high over in Spain and really made a cool album for their 2nd one.  I really enjoyed this one as well…

Dave also put out the CV sessions this year but this was the music that really grabbed me. I jsut got intranced and he play really cool and spacey, heavy, light, all sides of the types of music I dig.. Just awesome..

IT has been a long wait for a new studio album from Agusa and a lot of members have come and gone and now only Mikkel remains from the first line up of the band. Anyway, this could very well be the best album the band has made!!! Two just awesome album side prog tracks. They have stepped back a bit from the folky riffs that were repeated a bit too much and take a breath of fresh air and made a great record..

This album really blew me away as I had not expected the band to get so heavy but after a few listens, I really got sucked into the sound and vibe a lot. Cool playing..

I had never heard of this guy before but we listened to this CD quite a bit when we got it. A lot of great songs.

This is a live album series by the Finnish band, Superfjord. I have some of their other stuff but this live album is so good. Great tracks and jams and sound…  Look forward to more volumes of this series!!

Any year Gov´t Mule releases a record it is likely to be in the top. While this album is about half cover songs, it has such a great sound and vibe to it.  I have loved this band since I saw them the first time in 1994 with my friend Carl..  Still love em today..

While this mostly cover the songs, the band also belt out a few of their faves live in the studio.  I love some of their cover versions, especially Fortunate Son by CCR. Cool record!

This was totally unexpected. I have been a fan of IM since I first heard them in 1980 and was lucky to see them every tour in the 80s.  While I don´t listen to much metal these days I have a soft spot for these guys. I have to say this is an awesome record, even if the band fail to innovate or progress much. Great art, lyrics and playing with in the rigid template they have created for themselves.  We loved it.

This one really caught me by surprise. While the physical album is not out until April 2022, they released the digital files. It is 4 long tracks and pretty spacey and cool vibe. I expected something a bit more hard rocking but they stay in the zone with some great music.. Cool Dutch band..

I have a soft spot for these guys and when I first got this I played it a lot.  True to the Kraut feelings of the early 70s but done their own way… Wish there were not so many small releases in such limited amounts as you miss out on so much of their music, when the demand is way bigger than numbers releases. Does not make any sense to me??

I don´t usually include any of my bands and projects but this CD, I am really happy with the long jam and the cool artwork and we had so many positive responses from the fans about it…