Spiralmaze is a Greek trio lead by George Arestis who plays all the guitars and synths. He is backed up by Manos Lefakis on bass and Panos Theodorou on drums. George and Manos also mixed the record.  Like the Danish band, Mantric Muse and the Belgium band the band Quantum Fantay, are extremely inspired and influenced by Ed Wynne and Ozric Tentacles. This new album features 7 tracks and starts off with Third Zone (hear the track below). This track starts with some spacey synths and then the drums and bass kick in with a straight groove and George is off with a solo that could have been straight off Curious Corn! Classic early Ozrics sound. At about 2mins the synth plays a more important role before the main guitar riff bounces off the bass line and everything gains in intensity. Some layers of synths are rolling about underneath before the next solo which is a keyboard solo this time and then a pretty intense and long guitar solo as the synth changes to something totally different. Quite psychedelic. Nice build and cool track. FTFO starts with a strange synth (?) and then a drum and bass line not unlike the Throbbe by Ozrics kicks in and off we go! Lots of changes and synths layers and cool guitar on this more dreamy track, even though the groove is steady as a rock. Tikaalik is a quite funky track with some strange synths that feel a bit awkward at times and then at 2mins the guitar kicks in and things change totally. The end is quite dreamy. Laccadive is a bit more jazzy at the start with lots of complexity and then the track becomes more straight-forward and the dreamy Ozric like synths take over while the guitar is more straight and then later a solo. Laterthis is a repeated dream like state as the drums, bass and then the guitar comes in with a melodic line before the slow building solo and then a great uptempo groove kicks in and the synth takes the lead over the repeated guitar line. A few Ed Wynne like guitar tricks (or licks) and we move to another section with a Nodens Ictus like synth. There is a bit of a return to the beginning vibe later in the track to tie it all together. Holey is next and a more intense track, especially the guitar riff. It laters is a bit more relaxed but still pretty intense with the appregiated synths. The title track is more relaxed and oriented on the synth until the reggae skank guitar kicks in. We stay in reggae/dub mode for the entire track but the focus is much more on the spacey synths. Jimmy the Dog finishes off the record with a pretty groovy track lead by a bass synth line and a very steady groove. Trippy track and it becomes almost like techno.

The band is at its most adventurous on this record and if you dug their others and like Ozrics inspired music, you must check them out. 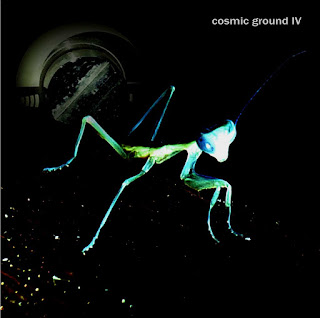 Cosmic Ground is an ambient electronic solo project by keyboard player Dirk Jan Müller of Electric Orange. This is the 8th release since 2014 and the 2nd in 2018.  This album features 7 long tracks ranging from 7 to 20mins in length. Dirk plays analog modular synths, guitar, mellotron, minimoog, string ensemble and various tape echoes and audio generators to make a pretty magical journey. Yes.. music like this has been made before by others but I have to say I really enjoyed this album a lot. Especially track 2, Stained. Lots of analog synth sequences and layers but the changes are gradual slowly you get lost in the trip. This is what music is supposed to do for you. Brilliant record! 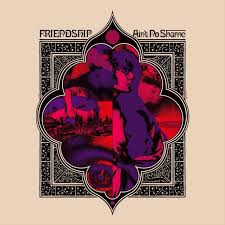 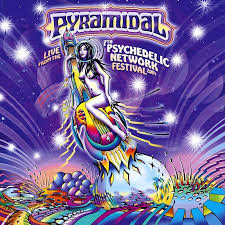 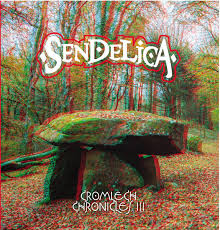 Sendelica, one of the most productive bands on the planet (a release every 3-4 months) but a cool one. 17 releases since 2015! The band gets into the studio and bangs out one winner after another. A great collective of musical minds out in Wales.  The band is expanded to a 6 piece for this recording with additional 2nd drummer, Gregory and keyboardist Roger. Anyway, this is the follow up to Vol II.  The record features 6 tracks ranging from 6 mins to nearly 15mins and starts with BS a quite heavy riff (ala King Crimson) one of the bands heaviest before the melodic layers start to come in with layers of keys and the first guitar solo. Later a laid back sax solo is played. The tempo and intensity pick up at the end of the track as the sax takes the lead all the way. Slow Burner is a mid to fast paced and very melodic track again with the saxophone being the main solo instrument. The track comes down at 5mins and the drums disappear into just cymbals and then the track starts to grow again and the energy returns for another 3mins and then the track really gets quiet with only the sax and the ending stays very spaced out. 12 Shades Revisited starts slowly with a guitar with some delay and a nice bass line as the drums slowly enter in and then followed by the saxophone. This is complimented nicely by the keyboards on this laid back track. The track is very floating and spacey at times. A bit Hawkwind like but without the electronics and synths. Teifi Marshes is a very beautiful piece of music. Wow.. lovely keyboards, sax and vibe. Star Flower Blossom is the longest track at nearly 15mins. IF fades up quickly with a very spacey vibe that slowly builds. The sax enters around 3.5 mins. The guitar parts on this track are very cool and interesting even though your focus is drawn to the sax. Pretty intense sonically at times and it was my fave track. Lost City of Cardiza ends this album and brings back the intensity of the opening track and has a very freaky ending.

If you are not a fan of heavily saxophone driven instrumental spacey rock you night want to pass on this one. The record has a great vibe and texture to the jams that I enjoyed a lot.