Lost Stoned Pandas- Dark side of the NooM 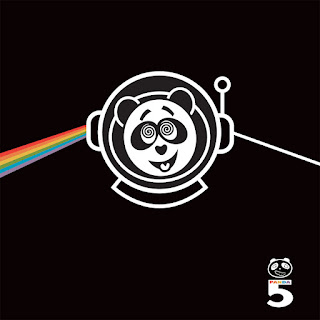 I really loved their debut double album.  This one took me a few listens to really get into it.  It is three tracks with the title track being a 19min one. Plus there is a 6mins edit dub version of the title track which strangely, starts the album off and is pretty psychedelic!  Gives you a taste for the full 19min version.  Interregnum is a pretty relaxed track with some nice bouncy bass and simple groove over which the synths, guitar, violin float and drift and transport you. Gradually, a more uptempo rhythm kicks in. A beautiful track. Luna Sunrise is more chilled and floating, almost new age like ambient stuff. Lush.. with layed back acoustic guitars, spacey synths, violin…   And finally, the 19min track. Starts with some bass and violin and slowly the others join in and off we go but it takes awhile. Just when you thought the track had died of ended, a new path takes over.  Quite a lovely track but you have to be patient..  Cool band..The vinyls are due to arrive around March 15th.. 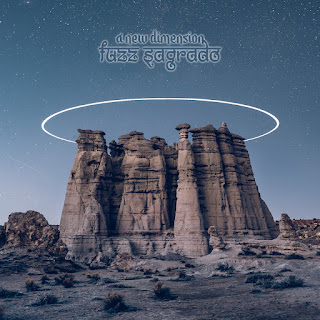 Christian (Samsara Blues Experiment) moved to Brazil a few years ago but he has not left the music scene. He says active creating this new one man project called Fuzz Sagrado. This is his first full length under this name after a couple of EPs. The sound is not a big and powerful (especially the drum and bass sound) as SBE but the mixes are good.. Anyway, it is about the songs and here, they shine and some have that SBE vibe while others are just Christian rocking out. The opening track is a solid rocker with nice vocals. A lot of riffing and no real guitar solo on this one until the track slows down and he mixes in some synth wind as well and keyboards for the beautiful mid section. Lunik IX features some acoustic guitar and layered vocals and a more spoken word approach to start.  A lush synth kicks in as the mood changes on this sort of darker number. Really nice track with the acoustic intro and outro..  Baby Bee starts with some nice guitar and bass and emotional singing (probably about his wife!).  In her Garden is a mid paced melodic rocker. He is really passionate and happy on this track. The mid section slows down (like a lot of SBE songs) with some keyboards to change the atmosphere.  A very nice guitar solo. The guy can for sure still play!!! Lovely…  The Mushroom Part is another acoustic track but this one features a mid paced drumming and bass guitar as well.  Love the way the synth sequence sneaks on for a few moments here and there. Further starts slowly with some hand drums and synthesizers but a dark mysterious vibe. This probably has the longest guitar solo and some nice use of effects and synths. He also throws in some other more psychedelic elements at the end as well. Tropical Rain starts with some storm and then a mid paced drum and melodic guitar line. Need for Simplicity ends this very nice and diverse album. This one is instrumental with nice acoustic guitar and synthesizers. Crashing Cascade ends this great album and one that has the most SBE vibe (like on the last record they made).  Seems Christian has worked out a deal to get this released on vinyl and CD, cool… 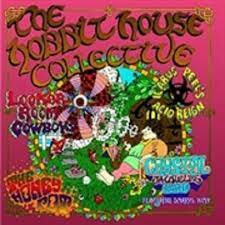 Doing a cover of Led Zeppelin is always a bold and daring mood but some bands manage to do ok. Crystal Jacqueline take on Battle of Evermore and it is pretty stripped down to just mandolin, vocals and percussion to start and then a bit later some keyboards and then the band kicks in. I really like the way the vocals are very centred and then they split the harmony vocal into the sides. Very effective…  Instead of a guitar solo they have violin jam! Enjoyed this a lot…. Honey Pot take on Ramble On, also in a quite unique version.  The addition of the synth and some longer delays on some of the vocal parts and the way they slow it down. Love the ethnic style drumming once the main bridge kicks in… Super good.

The other 7” features Icarus Peel´s Acid Reign doing a take of the Chain by Fleetwood Mac in a very interesting and jammed out version.  The final track by the Locker Room Cowboys appears to be an Icarus Peel track!  It is an uptempo guitar driven track with a bit of a funky rhythm and some dashes of organ here and there!  Cool stuff. 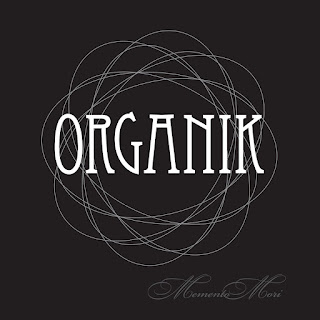 Organik is a cool Danish band. I was proud that we could release their first record on Space Rock Productions… Sadly, the delays in making vinyls and the pandemic really fucked the label over and we have not had any money to release anything except what we had promised in 2021 and core acts… Anyway, the guys have really been adventurous on this record that features 7 tracks.

Inside starts things off slowly and melodic but then just get super heavy, post rock like riffing but more heavy. Flatline starts with a heavy riff and has a lot of rhythm changes but it gets nice and spaced out with some synths in the middle of the track and a really spacey guitar.. Very cool.. Great dynamics.. Impersonate has a funky wah guitar and is interspersed with a brutal riff. A bit later it mellows out with some keyboards and spaciness. A longer guitar solo in the middle but a good mix of light and heavy..  The Eternal Boy and Paper Cut take the next 20mins. Eternal Boy features a female singer and piano but then we transition to like brutal death metal, which totally takes you by surprise!!! Powerful emotional stuff.. Paper Cut is something totally different and I really like that and the guitar sound is quite unique.. What a great contrasting song to the previous but it still is heavy as it gets going.. I love the end section the best though.. Unsettled starts with a nice melodic guitar and then a really jazzy funky vibe with piano some nice guitar playing. Calm takes us back to the heavy doomy stuff.

It is a very interesting record that mixes a lot of styles from Psych rock to jazzy to Death metal like stuff. Great Danish band…

Led Zeppelin- On Track- Every Album, Every Song by Steve Pilkington (SonicBond Publishing) 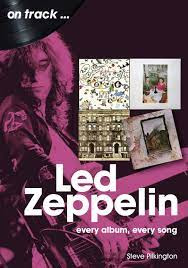 I was happy and surprised to receive this book in the mail for review but I was wondering what more can one write about Led Zeppelin??? I have read quite a number of the books and appreciate the genius that the band was… Anyway, I have to say that Steve has done an absolutely brilliant job of making this a very engaging book and discussing a lot of details about the songs and lyrics that I had not read (or remember reading) in other books.  Each chapter starts with a bit of history of what was going on with the band leading up to the album that is to be discussed. Then the artwork is discussed in a lot of detail and here I also learned quite a bit of trivia!

One thing that is amazing and discussed in a fair and balanced way, is the fact that Led Zeppelin stole a lot of material from older (or not so old in the case of Dazed and Confused) and did not properly credit the artists… It seems virtually all of these were sorted out and the original artists were later added to the song credits…  NO one could get away with that today!!!

There were not that many Led Zeppelin albums in the end but this is a great book. He also discuss the DVDs and other archive materials (BBC sessions). I also liked the last section about concert milestones. This was really interesting..  Great job Steve.. Cool book…