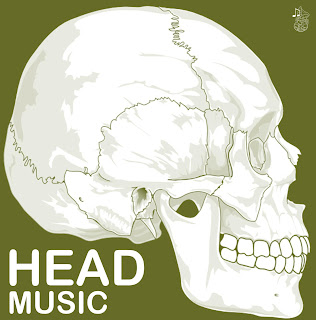 This is a damn cool compilation record dedicated to the 40th anniversary of the German record label, BRAIN. It features exclusive tracks by a number of cool bands on the current psychedelic rock scene as well as a few veterans like the Bevis Frond! The liner notes are really great and tell a cool story by Ulrich Klatte, Cosmic Price guide author. The record starts off with a spoken word intro by Eroc (Grobschnitt) and goes into the Jane track, Waterfalls by Johnny Vines. Uptempo, groovy and organ driven like the original. The next two tracks are both by Amon Düül I and II, respectively, and covered by Earthling Society and Jay Tausing. The first pretty faithfully creates a similar vibe but with a more clean production and sound. Jay’s take on Surrounded by Stars though is a pretty different take on the track, more spacey than the original. Electric Moon does a very cool version of the Tangerine Dream track Madrigal Meridian. Anla Courtis does a short version of the Kraftwerk Trans Europe Express track. This is followed by a track I have never heard called Nearby Shiras by Kalackra. Vibravoid puts their own twist on this one. Palace of Swords do a short take on the Neu track, Lila Engel. The first of two CAN covers is by Saturn’s Ambush taking on I wan’t More. I really liked the La Dusseldorf LP so it was cool to hear a take of Silver Cloud by Frobisher Neck heads south by Weaving (what a hell of a band name!). The first LP side B ends with Dead Sea Apes doing the Kraftwerk track, RückstoB Gondoliero.

Records 2, side C… Language of Light cover the Can song, Mushroom but this sounds like track 2, Bayreuth Return (Klaus Schulze) from Black Tempest. Guess they got the tracks in the wrong order on the promo CD? Anyway, this is the electronic spacey side with covers of Popul Vuh and Ney as well by Zeinth:Unto the stars and Temple Music. Side D has some of my favourite stuff. Vert:X do a cool uptempo and spacey rocking version of the Harmonia track Dino. Frobisher Neck take on Ash ra Tempel,s Schizo. Electric Orange’s cover of Lied an Zons by Arno Clauss is totally unique and super cool. Bevis Frond finish off the record with China by Electric Sandwich. Rumor has it they did a jammed out 20min version that will someday appear as well. Cool compilation..

http://www.fruitsdemerrecords.com
Posted by Scott aka. Dr. Space at 10:49 PM