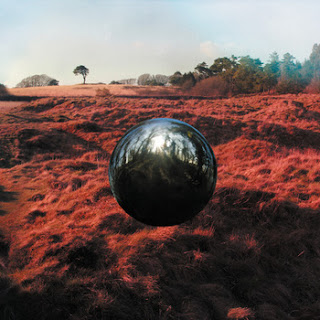 Cary Grace is an American artists living in the UK. On this record she collaborated with some pretty cool people including Steffe Sharpstrings (here and now, GONG), John Garden (Scissor Sisters), Graham Clark (GONG), and Spencer Cullum jr (Dead String Brothers, Steelism).  The CD 8 tracks.  Tracks 1,2,4,5 and 8 were recorded in a live session with Steffe and John in August 2014. The intro starts things off with some crazy guitar and sounds that then merges into a dream state with some cool spacey synths and this leads into Cyanide. A very cool moody song with some dark lyrics but some melody but sometimes heavy guitar as well. I liked this track a lot and Cary has a nice voice as well. Orange Sky is more minimalist with mostly synths, drums and vocals (with some long delays which sound great). Steffi come in with a nice but short solo later.. War Child is more of a melodic blues rock track with a ing jam in the middle and a bit of spaciness at times in this 8 min track. Limelight is something totally different, and a sort of relaxed jazzy atmosphere, which is cool. Lots of different styles represented here. Razorwire has a great bass line but the rest of the song was like a pop number that I did not like much. Into the Indigo features Graham and Spencer and is another pretty spacey track with some nice violin by Graham. The title track lasts 20 mins and is a quite cool jam. I have to say this CD really surprised me and has a lot of great numbers. I will for sure look forward to what Cary does next.. You can hear the record on her bandcamp site..