This was supposed to be the last concert by Nik Turner’s Space Ritual with 4 of the original members of the 1970 Hawkwind (Nik, Mick, Terry and Thomas). The rest of the band I suspected would be filled out by Chris (space sounds), Angel (the dancer) and someone on bass. They said special guests so I had hoped Jerry Richards, who played on their only full length record and with the band in the early days might show.
Doors were to open at 17 but the bands were still soundchecking so they did not start letting anyone in until after 17:30. Project 9, another Nik Turner band was listed but did not play. Thomas Crimble (he played bass on the 1st HW record but now only plays Hammond in Space Ritual, which was never on any Hawkwind records, the early ones..) has a new band where he plays guitar and sings. They played from 18 til about 19 and had a 14 song set of mostly original material. The opening song, Just Get There was quite Neil young inspired. He had a really good lead guitar player and bass player. Thomas actually seem to be the weak link in the band, not being a particularly good or bad singer and seeming to mess up the guitar parts on a number of the songs and getting funny looks from the rest of the band.. but hell, it was the debut gig for this band, which was not a space rock band, but a band playing blues rock with a slight country edge at times. Great lead guitar player. So Lonely was dedicated to his daughter who moved to Australia and never came back. Chris from Space Ritual joined the band for Watch the Skies to make a more space rock track. Some of the tracks were really good and some were pretty boring but we liked a lot of the set.

Set List: just Get There, Closer to you, Far Away, Looks at you, Ocean, Go Anywhere, Let it Go, I need you, So Lonely, Down on the Farm, Live Love, Come on Everybody, Watch the Skies, Something Better 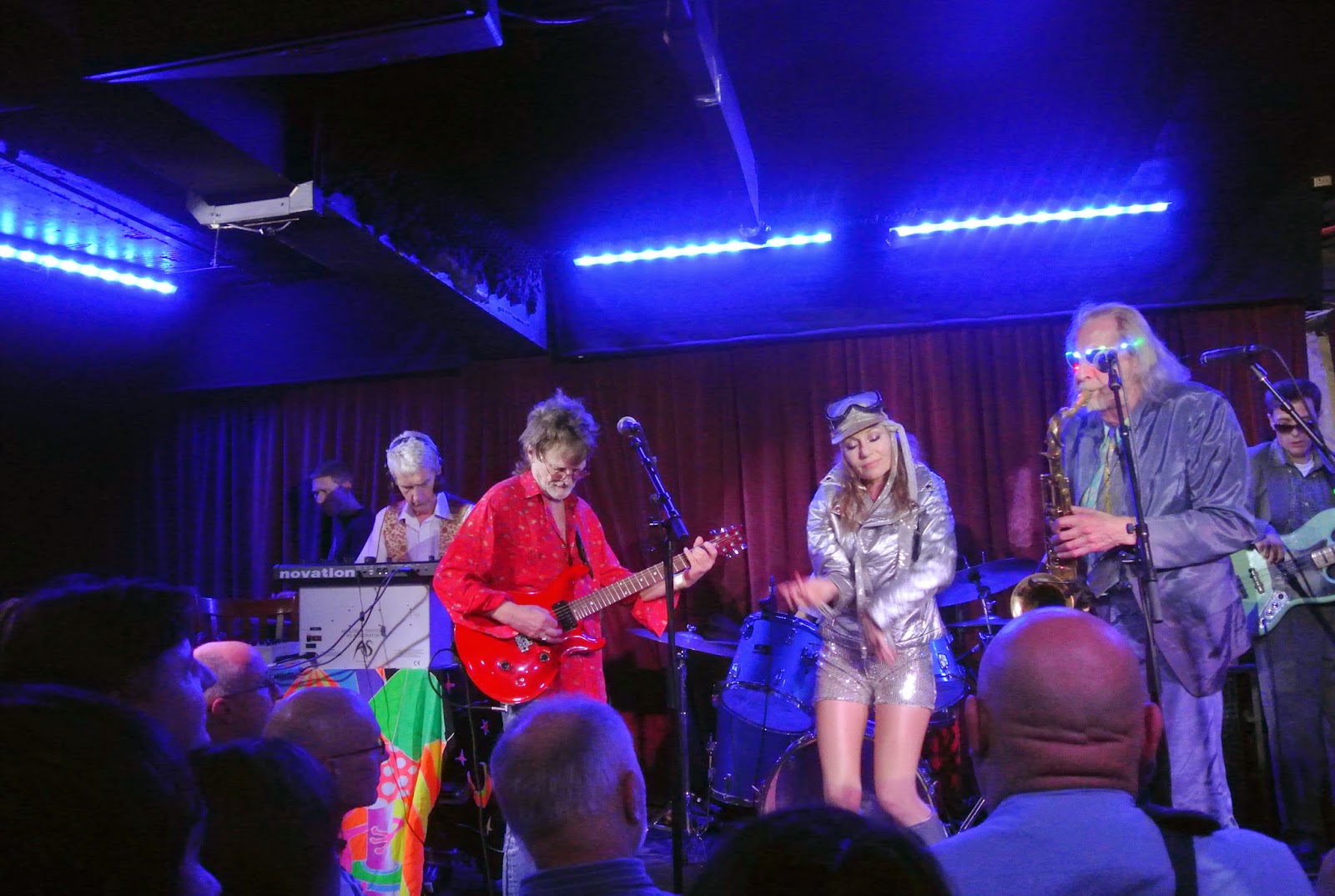 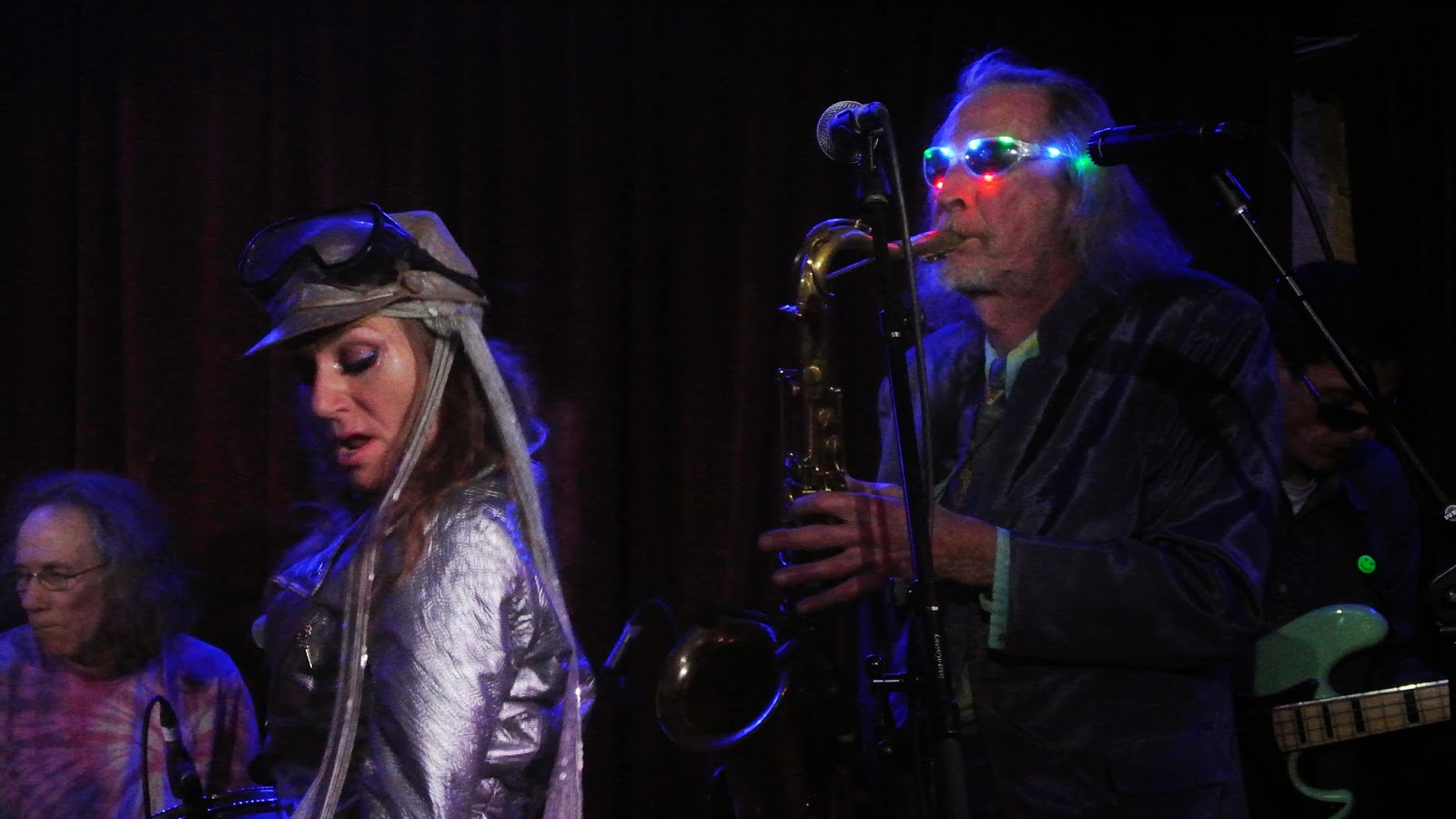 It was around 20 when Space Ritual hit the stage and they played a whole bunch of tracks from their only record including Otherworld, Ritual of the Ravaged earth, Sonic Savages, Walking Backwards and I think one more (Time Crime?).. Then they started doing the Hawkwind songs. The sound was great and the place was packed and everyone was having fun but Mick Slattery just could not really remember the songs that well and was really fucking up the guitar parts except when he was having his long solos, which was really nice. It was a pity and a bit sad as he is a really really nice blok and I enjoyed chatting with him but he clearly was not really doing well today. Anyway, no one really cared that much and all the songs were extended spaced out jams and people singing a long and having a really good time.  I am guessing this will be the last gig with this line up. We will see.. 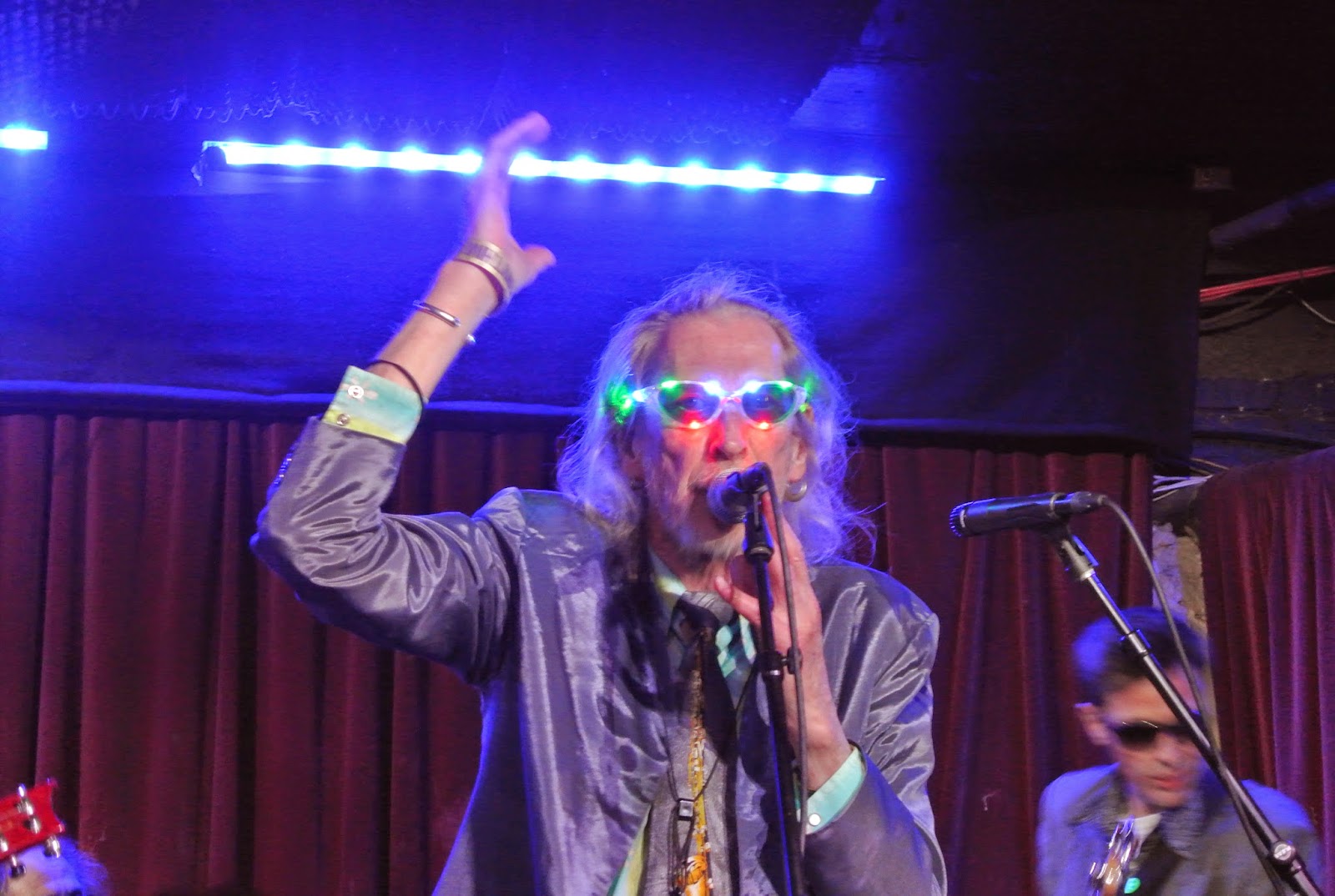