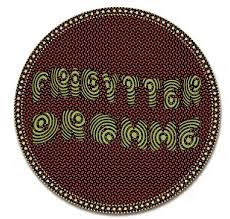 This is the debut release by a cool young Danish band led by their guitar player and singer, Lau. The band is a 5 piece with two guitars, bass, drums, keys and percussion back up singer. They sing all their songs in Danish and have pretty cool lyrics as Lau also writes surrealistic poetry and has published his first book last month. Anyway, things get started with Jeg graver huller i Mørket (I dig holes in the Darkness). This track is a organ driven track with a really nice groove and straight out of the 60s…. the organ line is one used a million times and even can be found on other Danish bands records like The Setting Son and really dominates the sound mix with all other instruments pushed to the back besides the voice. Anyway, a cool song and lip the record over for the shorter track,

Taget Noget (Take Anything). This track has the guitar and bass mixed more to the front to drive the track and sounds more like the band does live. Lau has a special voice but I like it. While the band are not breaking any new ground, and sound very retro, they write really good songs and are an excellent live band. The band has finished mastering their first full length record and this will be released on Levitation Records in March. A single sided 12” will also be released with their long nearly 20min track that is very Pink Floyd inspired when they play it live called Fribytterdrøme.


https://www.facebook.com/fribytterdroemme
Posted by Scott aka. Dr. Space at 8:26 AM