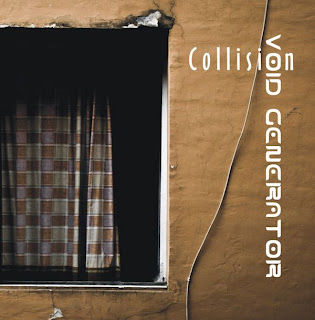 The great Italian band, Void Generator are back with a new two song EP and the first long 16 min track sounds like nothing the band has ever done before! This track really blew my mind! It has all kinds of cool elements of psychedelia, jazz and rock. It starts off with an eastern like sufi singing intro with a drone, hand cymbals and then the guitar really takes over as it builds up into a a very cool collage of sound and great improvised spaced out parts that go into jazzy Santana like stuff and the more heavy ending section. The title track is recorded live (sounds like a very good audience recording) and takes a while to build up and sounds like something Motorpsycho would record. Really nice Rhodes-piano parts on this as well as the opening track. Sadly, the guitar solo part is really buried in the mix. It seems that sound men also in think that hearing the drums is the most important thing as they also dominate on this recording. Really excellent stuff and a totally new direction for the band.