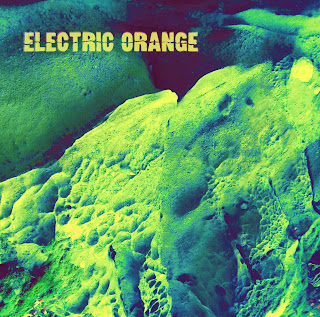 The instrumental German band are back with their 10th or so release. It is very long, just under 80mins and contains 9 tracks. The CD starts off with the 8 min Polyzysten and pretty trippy and really builds up into a cool fucking song with the band really spaced out much more than they normally do. A short 2½ min track Basslochner is next and just features some drums to start and then some synths come in and this leads right into the dreamy 10½ min Fluff track which floats along with steady drums and bass and synths.. The guitar is not playing a big part in the sound or coming up much until half way through. Cool song. Perpetuum Mobiliar is next and has a very strange twisted like vocal sample thing as the rhythms fight each other as the track progresses. The title track is 10 mins and this one really builds up with a  cool phased out guitar and an almost Hawkwind like rhythm. Cool stuff and very spaced out at times. Supptruppen is 13mins and slows things down a lot and is very spaced out as well but about 7 mins in the drums start to pick up and the guitar comes to the front a bit more and the organ gets louder. Auslauf is 4½ mins and the tribal like drums move the track forward as the guitar is noodling along with the organ quite low in the mix to start.    The CD ends with two long tracks that make up 26mins of the 79 min CD to complete your mind trip! Another pretty damn cool release by these German kraut masters.

http://www.electric-orange.de http://www.sulatron.com
Posted by Scott aka. Dr. Space at 9:46 AM