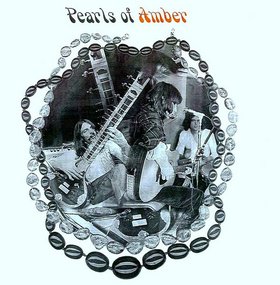 Amber was a group from the from the early 70s and was primarily Keith McLeod on lead guitar, sitar, percussion, tabla and backing vocals and Julian McAllister on lead vocals and guitar. Ray Cooper adds tabla on a couple of tracks. This was released in 2000 on a limited vinyl but this is the first appearance on CD. It is a short CD with only 6 songs in 23 minutes. Every other track prominently features the nice sitar playing of Keith (also called Mac) while the other tracks are primarily acoustic guitar and voice and more in a folky style than say blues. This is a very relaxing CD to crank up on a spring day. Peaceful hippie folk stuff.