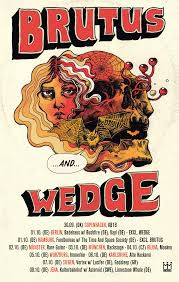 I left the apartment a bit before 18 for War Pigs (local Mikkaeller brewery and BBQ restaurant) for some food and beer. Had the beer #9 (rye pale ale) and some BBQ. Great food but expensive.  It was about 19 when I arrived and the Brutus guys had already soundchecked and Wedge was doing there. We hung out in the backstage. KB18 provide the bands with some bread, tea, coffee, chips, and lots of fruit, which is nice for when they arrive.  Indian food (looked like chicken tikka masala) and rice came later.  We talked about life, music, jamming, set lists, 70s rock, etc.. The band has not played a lot this year. Drummer has a new small child and two of them now live in the countryside away from Oslo and Gothenburg, where the rest of the guys live, so distance is an issue.

Anyway, Wedge hit the stage about a little after 21 and played for about 30 people. They totally rocked the place. The bass player also played organ-keyboards which was really cool. The band’s record came out in 2014 on Heavy Psych Sounds and I was expecting to hear a lot of new songs and they did. Only 3 of the songs were from the debut album. The band really rocked. All pretty short and concise songs except the last song, Never Learn, which they jammed a bit in. Intense drumming (he was totally soaking wet) and great bass and guitar. This band has a great energy and the crowd really liked them. It was mostly the Lygten’s Kro (a local night club that also books great bands) crew up in the front. 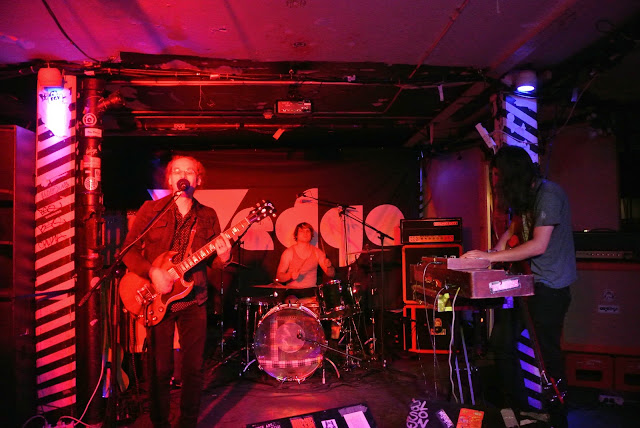 Brutus started a bit late at 22:25 but kicked in with Mystery Machine.  I guess there was about 50 people here tonight but the audience was all right up in the front except the few guys dancing around all over the place in the back to the 70s boogie grooves!! I really love the new record, one of my faves this year and the band played 5 songs off the new record, including one of my faves, the Killer, which they dedicated to me. Thanks guys..  The band mixes up the set every night and has about 20 or so songs that they keep fresh that they can play. IT had been a month since they last played (no rehearsal before the tour, same for Wedge!). Soundcheck was their rehearsal! Anyway, a great mix of tracks from their albums (4 or 5 from each) and a good mix of faster and slower ones as well. Some of the new stuff is a bit more heavy but still grooves. It is clear that some of the songs like Hey Mama, Hypnotized, Golden Town, Big Fat Boogie people know and get more into it.. I think the new songs are awesome though.. All the band were in great shape but they play it a bit too safe, they take no risks, always come back to the chorus or break at exactly the right time, never take that extra 1min solo, etc…. I wish they could break out 2-3 times in the show. It would make them a better live band. Already a great one but you know what you will get. No chances, no risks, no chance of them playing the best version ever of a song as it is basically exactly the same every night.. Come on guys….  Still, would not miss a Brutus show. Love this band! Thanks guys for an amazing night and don’t miss the tour… 8 more shows to go!!! 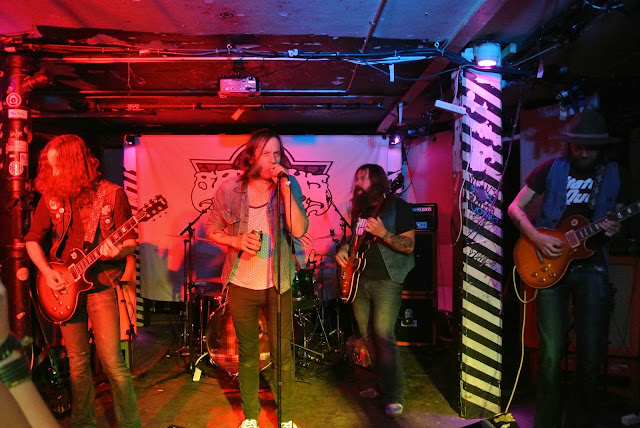