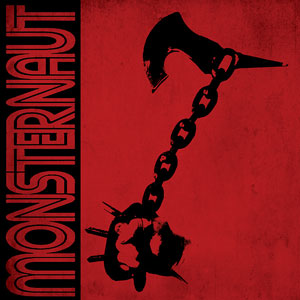 Monsternaut are a Fu Manchu inspired stoner rock band from Finland.  A really Fu Manchu inspired band…. Damn… the voice is different but the music and sound production is more their own but song structure and singing style.. real close. . Dog Town shows the bands biggest influence straight out the door with this one. Back for More is even more Fu Manchu! Ha… still god damn rocking stuff! Mountain Doom is a really cool track with a longer guitar solo section and although it has doom in the title is not nearly as doomy as the later track, Mexico.  It was not until track 5, Black Horizon, which the band starts to take off. This is a longer track with a great spacey ending but it fades out. Damn.. Volcanos has a bouncing bass line and a distorted vocal and grooves. Mean machine
Mexico is a cool doomy number and quite different, slower, heavier. About 3 ½ mins in they shift gears and head into a more stoner rock sound and a short guitar solo. Dragons (hear it below) ends the record with an uptemp rocker. A fun and pretty cool record but lacking on originality. I guess these guys kick some ass live though!


http://monsternaut.bandcamp.com
Posted by Scott aka. Dr. Space at 2:02 AM