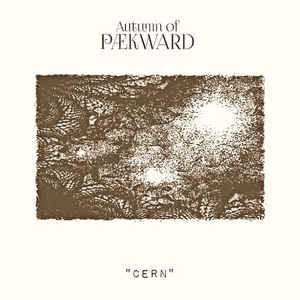 German label, Tonzonen are back with another cool release.  This is a sound project of Leipzig based artist Jochen Koch.  His main inspiration for the project was the Sci Fi works of Luc Beregeaux. This album features 6 tracks. There are 200 black, 300 clear vinyl and a special edition (only 50) with a bag, sticker, poster and autographed photo. Canteen starts things off with some strange sounds and then drones from space and then a female voice enters and takes center stage as the soundscapes grow and and grow with the flow of the synth drones (bass and space sounds). Wardrobe has these deep space keyboard sounds that are almost like voices and then some beats of sort that are repeated in patterns. Very ethereal. A spoken word comes in and talks about the super collider. Now I have a better understanding of the album title and what is written on the back of the sleeve as well!! At the end of the track there is some backwards stuff and some sort of distorted sounds fade in. Directors Office is the last track on side A. This is mainly a drone track with some sounds buzzing about here and there and later an organ comes into the picture.. Another spoken word piece that is sort of masked and difficult to understand plays over the top as well. At the end of the track a nice guitar solo and real drums come in for a min or two. That was a surprise. Trippy stuff. I like it.

Side B is also three tracks. Cupboard (See video below) starts things off with the sounds of the roadside and some static and other noises as the pure organs and synths start to invade the soundscape. It feels like something bad is going to happen but then a more happy organ changes the mood after some very brief spoken sample.  Attic sees the return of the guitar which plays a pretty repetitive riff as the new age vocal synth drones come and go until the guitar is nearly alone and then the drums come on. A very happy dreamy piece but then a sort of death metal vocal just completely freaked me out. Shit what just happened??? Collider, the last track is a strange mixture of a lot of stuff and piano, waves of sounds, clarity, noise, distortion, disorientation… In a way that is what this record is about. A trip around the theme of the collider… you don’t know what you will get when you smash a lot of ions, music and things together but one might sound like this!!!!