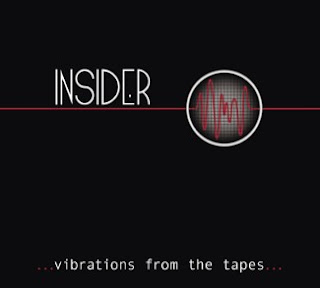 The Italian psychedelic rock band, Insider is back with a new CD and it is a limited edition of 200 copies. The CD is 5 really jamming tracks that have a really raw sound like it was recorded in a rehearsal room with a few good microphones (and it was!) as the band are really inspired and play some killer instrumental jamming guitar pieces. This material has been sitting around since December 2007! Your Brainticket is the opening 22½min track and really flies! They use some synth like sounds here and there also to make it a bit more spaced out. You will hear the Hendrix riff borrowed for a few bars as well, if you pay attention! Killing Bordem is only 3mins long and dies out rather quickly just as you are getting into. Raga in the Sky has a more spacey guitar and different sound quality to the opening piece but by 7 mins it is really rocking with some great guitar work as the bass really pushes the jam at 8mins. First Steps is a long 27½ min jam that starts off really slow and lead by the bass of Piero. Marco really excels on the guitar in this jam when it really flys! Great delay guitar work like on the opening jam as well. Dark Age is the last jam in this limited edition CD. 12½ mins, starts slow and spacey. Marco plays a very cool wah delay solo on this last piece. A very cool release from a band I thought had disappeared.