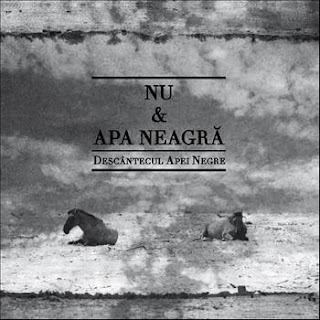 This is the 2nd record by this very special group who make what I would call “otherworldly” music. This 6 track, 42min journey takes one through many different strange places and worlds influenced by Romanian and Turkish folklore and sounds. It is a very difficult CD to describe. The opening track is quite short called Roosters First singing where you get introduced to the sound and vibe of the journey. A Pilgrim is 8½ mins and features some effected string instruments, bells, basic drum beat, and far out effected voices come in and out at different times as it drones along. The hum drone slowly grows as the track progresses and this fades into an almost like bluegrass guitar-banjo like section (saz?). The Rooster’s 2nd singing is next and quite psychedelic as the incantation is growing. Another Pilgrim is has a mix of different types of sounds and strings like the Pilgrim is passing through another town or another phase of life but the vibe is the same. Glockenspiel, pipes, ringing bowls, zither, all kinds of instruments are used on these recordings. Towards the end a female voice (clear) sings softly and slowly as the drone becomes more intense and another voice starts in the background, almost like the Pilgrim has entered into a dream. The Rooster’s third singing passes by very fast as you lead into the Black Water, which is an 18min final journey. It starts with some electronic synth like sounds and it is quite spacey before some string instruments enter into the sound, as do other curious sounds. Some flute like sounds come in about half way and the synths also return as you move further and further away from reality.

http://www.lollipopshop.de
http://www.myspace.com/projectnu
Posted by Scott aka. Dr. Space at 12:22 AM