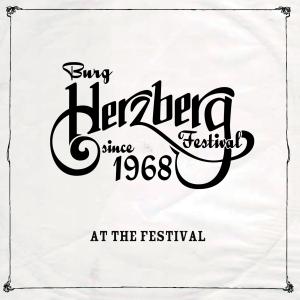 This is the latest festival compilation put out by Herzberg Verlag and it features tracks from a variety of years but mostly from 2011. Some of these tracks have appeared on the bands own live releases from the festival, such as Hidria Spacefolk (who will pay in 2012) and Vibravoid. The CD starts off with ELOY, who were playing on the last day in 2011, with the track Mysterious Monolith from Planets! A cool long track showing you Eloy can still really play spacey prog rock. Hidria Spacefolk raise the energy level with Radien. De Tiefe Raum, is a group I do not know at all and they sing in German, so I don’t understand it either! This is a melodic piano lead mid paced track. The new young German band, Weltaum play the track Jimsonweed in a long spacey 10 min journey of world psychedelica. The sound mix is not that good compared to the rest of the CD though, a too heavy bottom end that muddles up the rest (it was not recorded at the festival). Cool stuff. Freak City Band play the classic Who do you love. A pretty standard version if you compare to Quicksilver or Frank Marino. The Hamburg Blues band with Chris Farlowe (Colosseum) play Shaky Ground a bluesy, funky track with some great guitar work. Tito and Tarantula do a pretty cool version of After Dark. Vibravoid do a very straightforward version of Playing with Beuys. The last two tracks are by Strassenjungs. Spiesser is a funny short uptempo rock track. Immer weiter Gehn closes the CD and is a bit like the Ramones. A good overview of bands from the festival.