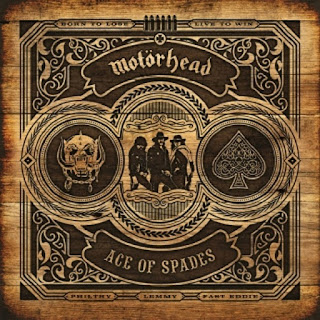 Well, as someone who has 4 versions of Ace of Space (US, UK, Japanese and a UK gold vinyl versions) and this was my fave album in 1980 that I played to death, I had to have it.  Before this album came out Pink Floyd was my favourite band and then suddenly Motorhead!  I had all the albums and different versions and collected the 7”s.. whatever they brought into Merlin’s Workshop, I bought it!!

Anyway, this box is pretty damn awesome. You get a lot of unreleased and interesting music.  I decided I would start with the demos and work my way up to the album and hear it in 5.1 and then hear the albums. The 10” is where we started as these were the instrumental demos.  The version of Ace of Spades that start it off is quite different. The version on the double LP, The Good, the Broke and The Ugly, which is also demos- alt. versions, you have a version like on the 10” but with vocals.  Not as good as the final version, which has this extra guitar line which really gives it power.  The two unreleased tracks Hump on your back and Dance are high powered tracks. It was interesting to hear the demo versions of Shoot you in the back, Fast and Loose and Love me like a Reptile in early versions. Dirty Love is pretty close to the way it ended up. It would have been interesting to have more info about these demos but there is nothing on or on the sleeves. 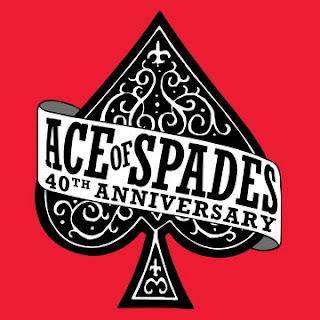 As for the double LPs, these demo versions with vocals, some are extended versions on like Love me like a Reptile, Dirty Love, while the rest are just more raw versions of what you hear on the final album but with few or none additional guitar overdub parts.  The most interesting is the unfinished tracks Hump on your Back, Waltz of the Vampire, Bastard and Godzilla Akimbo.  I really dig the guitar riff on Hump on your back. Waltz of the Vampire is a fast one seems to be the instrumental track from the 10” that was called Dance.  They could have made this one into a great track with some more effort and additional guitar. Bastard is like a heavy blues rock boogie and not that tightly played.  They obviously worked on it a bit though as Lemmy wrote to lyrics.  Godzilla Akimbo is actually instrumental and a bit strange it did not appear on the instrumental 10”, unless it is Hump on your Back??

It is interesting that none of these tracks seem to have been reworked into tracks for Iron Fist. Just like the unreleased tracks from the Bomber sessions (Fun on the Farm, Treat me Nice and You ain’t gonna live Forver) were worked up more for Ace of Spades. They probably were just living the life and partying and just don’t remember the stuff they did in the last recording session and the leftover tracks at all!! 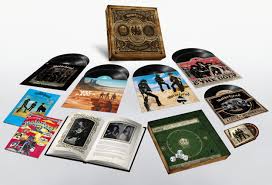 Fast and Loose has a very different ending while We are the Road Crew, they start it slightly and end it slightly differently than on the final version.  Lemmy laughing at the end is fun.  Fire Fire was agressive.  Jailbait, what a killer guitar riff!!!  Powerful stuff from Eddie.  The Hammer (alt version) is pretty close to the released version. They probably recorded a few takes and just did not take this one. The alt long version of Dirty Love starts with a false start and then a longer solo by Eddie before the real track kicks in.  Filthy’s double kick drumming is more prominent in the mix as well. Side 4 features Girlschool playing Bomber as well as Emergency and Please don’t touch for the 10” St Valentines Day massacre  release plus yet another version of Dirty Love and Love me like a Reptile!

Also on these demos, you hear Fast Eddies parts really loud and in your face and Lemmy is actually quite low in the mix on most of them.

The Orleans, France live album from March 1981 is pretty raw and a great powerful performance. All of Ace of Spades is played except Dance and Live to Win, which is cool.  There are a few times where the sound disappears a bit on the recording. This might have been a soundboard recording and not a multitrack. There is no info about this at all.  It is clear the audience is smaller and not as into it as the last time they played here in France and Lemmy gives them some shit about it.  Powerful stuff..  This is from 3 months before I saw them on the US tour in June 1981 opening for Ozzy.

The DVD includes some TV appearances, 30mins from the Belfast gig and some interviews as well as Ace of Space mixed in 5.1. I am a big fan of 5.1 mixes if they are done well. Besides it having way too much bass (had to turn the subwoofer way down, almost off) it is really cool.  They do some panning of some of the guitar solos and mix some of Eddie’s different guitar players more to the front or back of the mix and this percussion thing that Filthy uses, gets panned around in a cool ways on some of the songs like the end of Love me like a Reptiles. On Ace of spades, the main solo is back in the rear right speaker! Drums sound awesome and like Philty is in the room if you play it loud as you should. Live to Win that small extra riff between the vocal parts only comes out in the center speaker. Cool mix. Fast and Loose, the opening guitar riff only plays in the rear speakers until the rest of the band kicks in and there is more guitar throughout this song in the rear speakers as well. At the end there is some percussive sounds only in the rear speakers.  We are the Road Crew also has a great mix with the guitars but sadly the low end is just really muddy.  They should have been able to sort this out. Not a lot of definition in the bass.  That was the best track so far for the guitars. Cool stuff. Fire Fire has a lot of guitar in the rear speakers and the chorus Fire Fire is in the rear speakers, something they have not done on any of the other songs. Sounds great. Jailbait, what a killer guitar riff again is mainly in the rear speakers at the start of the song. I should also mention that Lemmy’s voice is super clear in the mix. Dance has the backing vocals and shaker in the rear speakers. Interesting this was a song Eddie did not like at all and would not play it live!! Bite the Bullet had a bit of panning of the guitar solo in the front speakers. The Chase is better than the Catch has a the guitars mixed quite high in the rear and it sounds great and the main solo is in the center speaker. Finally, the Hammer!

I was a bit surprised at how bad the footage of the Belfast gig was. IT is like 4th generation VHS tape transfer. The could have improved the audio as well if they sync’d up the what was used on the LP?? It could not have been that difficult. They some guy who speaks about the band and with fans in between some of the songs.  The other section of the DVD menu was fun to see but it was a lot of mimed videos (including the Chase is better than the Catch, where Eddie looks and acts a bit wasted!).. My fave part was the Sally James show (kids show) and the Headgirl live performance with Girlschool. Lochem Pop was some of the only real live performances of all these interviews and other videos.   An amazing box set though… Very happy. Not played the game with the dice though!! There is a comic book and nice book about the record.