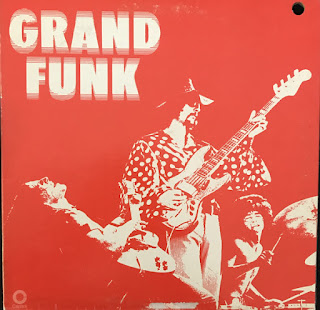 Grand Funk Railroad, later shorten to just Grand Funk (but returning to the original name), were a rock and roll band from Flint, Michigan, who over a period of 1969-1975 climb to the top of American Rock and Roll bands only to burn out, management problems and drop back out of existence over 7 years.  What a ride it was for them and this is due to the amazing song writing talents of Mark Farner (Vocalist, guitarist, organ) who wrote nearly all the music as well as the talented band. Bad ass bass player, Mel Schacher, and hardhitting drummer, Don Brewer, who also had a kick ass voice.  The band was inspired heavily by their local Detroit scene (Amboy Dukes, Mowtown, MC5, Stooges, and of course the Blues. 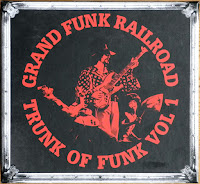 I was never a big fan of the band but they used to play some of their songs on the radio like We’re an American band, Closer to Home, and Locomotion, so I know who they were but none of my friends had their records and they were gone from the scene when I was in high school in the later 70s.  It was only about 5 years ago, I really started listening to the band and collecting up their vinyl records.  3 years ago I bought the two Trunk of Funk boxes and I was converted for good.

The bands debut came out in August of 1969,  a month after they got a huge break and were invited to play the Atlanta Pop Festival on July 4th. This was a huge festival with well over 100,000 people and great exposure for the band. The bands debut album (On Time) only reached 27 on the charts but they would tour relentlessly over the next years and produce 4 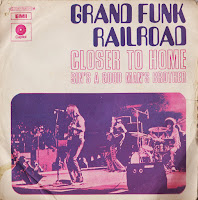 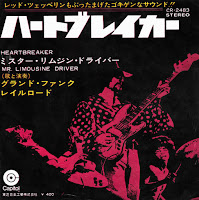 The band’s singles would later become very important in them getting on the radio and really selling lots of records and playing huge venues. While none of the singles from the first two records charted, Close to Home, a plea to end the war in Vietnam and bring the troops home. It was their first top 40, reaching 22 in the charts. While the band would release quite a few singles that would reach the top 100 (Time Machine, Mr Limousine Driver, Heartbreaker, Mean Mistreater, Feelin’ Alright, Gimme Shelter, People Let’s Stop the war (105)), it was not until Footstompin’ Music (#29), that they would have another top 40 hit. I am a really big fan of the Let's Stop the War track.  This was the bands 2nd anti-war anthem but while Closer to Home was a bit more cryptic in the lyrics, this one was direct! 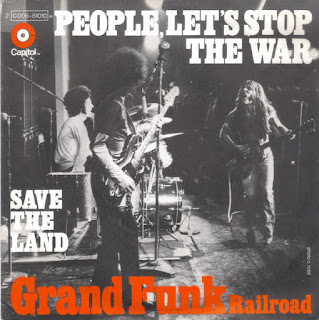 In the summer of 1971, the band finally made it over to play in Europe and had Humble Pie as the opening band. Can you imagine how rocking these shows must have been! July 3rd 1971, the band played to a huge crowd at Hyde Park in London and my wife was there!!  She went to most of these free shows in the park, where so many great bands played like Rolling Stones, Pink Floyd, King Crimson, Pretty Things, Jethro Tull, Blind Faith and many more. 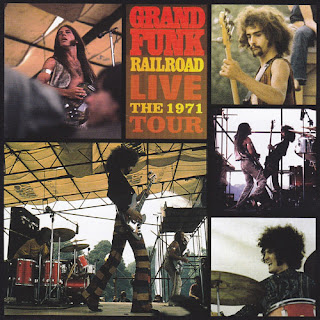 The week after the returned to the USA, they were headlining the Shea Stadium in NY where they broke the record of the Beatles and drew a crowd of like 50,000 people. Several shows on this tour we recorded. This show was recorded on video and audio but is still unreleased today, except this one clip.

Luck for us a few years back (2002 cd and 2014 LP), The Live 1971 Tour was released with tracks from Chicago, Detroit and a few from the Shea Stadium show.  This was a great document of the band and sharing about half the songs from the previous live album.

1972 saw a huge change in the band as long time producer-manager, Terry Knight was let go and they decided to add a keyboard player, a local from Flint, named Craig Frost, a decision that Mark initially was not supporting but he was outvoted by the other members! 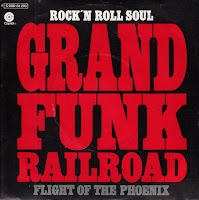 At this point the band was huge and when Phoenix was released in Sept 1972 (reaching #7), the band had another top 30 hit with Rock and Roll Soul.  This would also see the band headlining Madison Square Garden and other major halls across the country (Cobo, Detroit), LA Forum, and others.

After producing Phoenix by themselves, the band hooked up with Todd Rundgren to produce their most successful record to date, We’re an American band. The title track went on to be the bands 1st number 1 single!  The LP was released in July 1973 and just failed to reach number one on the album charts by only getting to number 2!! 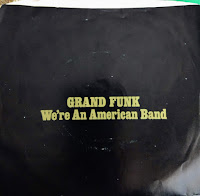 The bands sound was getting more commercial and slick in production but the band still rocked hard.  A 2nd single from the album Walk like a Man reached number 19, also quite successful.   Again the band would tour like mad and already create another album again produced by Rundgren with Shine On.

Shine On came with a unique 3D cover in glasses in the first pressings.  The album was released in March 1974 and managed to reach number 5 on the album charts but they had another number 1 single with the cover song, The Loco-motion.  This album would prove to be very successful with the title track also being a top 20 single. The band was feeling a lot of pressure to make slightly more commercial music as they were being sued by former manager-producer, Terry Knight and finances were tight for them.   They did not rest long as by December 1974 they had produced their next record, All the Girls in the world Beware, which would reach only number 10 on the charts but would produce two top 5 singles, Some kind of Wonderful (3) and Bad Time (4). 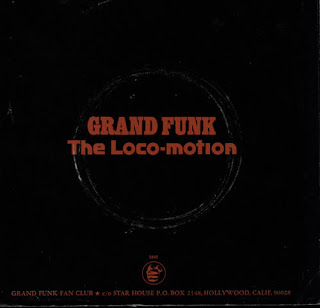 At this time the band were really quite stressed out, burnt out and feeling pressured. They had just released in early 1975 the amazing double live record, Caught in the Act (reached number 21) and had two more records to fulfil their contract with Capital records. For their next to last album of the 70s, Born to Die (released in 1975), which only managed to reach 47 in the charts and neither of the singles (Sally or Take Me) even reached the top 50. It was very disappointing for the band.

They had been working super hard these last years and since their debut album had now 3 gold (500,000 copies sold) and 3 platinum (1 million) including two double platinum records in 7 years. That is a pretty incredible run and here they are almost broke.  It just goes to show you how fucked up the music industry was and how managers and labels really fucked over the artists. I am sure Mark was doing much better than the others because he had nearly all the songwriting money. Anyway, by the time the Frank Zappa produced record, Good Singin Good Playin’ came out in 1976, the band was over. Lots of internal problems and having had a really hard time writing songs together for this final record (their first and only for MCA).  They really respected Frank Zappa and enjoyed working with him but the end was near.

The band made a couple of albums in the early 80s (I have never heard them) Grand Funk Lives (1981) and What’s Funk (1983) but this would be the last studio albums by the band. They got back together in the late 90s again and released a live album, Bosnia. Don and Mel have had a version of the band going on and off and continuing to this day.  They celebrated 50 years last year. There was hope they would come over and play in Europe but it never happened. Anyway, I have put in some of my favorite live videos of the band from you tube. Enjoy and discover this amazing band.