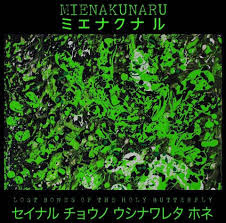 I met Junzo back in Japan in 2012. He is a guitarist who has played with a number of acts (including Damo Suzuki, 20 Guilders, Astral Travelling Unity, Fuji, New Miminokto, Overhang Party, Pouring High Water and a lot under his own name.  Since his first release in 2002, he is credited with a 153 appearances (on Discogs). In addition, he runs his own label called Plunk’s Plan. In December he has a new project with Mike Vest from Bong called Minnelakalma.  I have only met Mike once at Roadburn and sadly missed the BONG shows that took place here in Portugal in 2018 and 2019. Mike has played and still plays in many bands. BONG, 11Paranoias, Drunk In Hell, Blown Out, Melting Hand, OZO, Lush Worker and Oblivion Reptilian.

Junzo and Mikem where do you live and how is life these days?

Junzo- I was born and raised up in Tokyo.

Mike - North Shields, North Tyneside by the Sea. Tough times at the moment for everyone.  Thankfully where i live is generally relaxed and quiet.  The ocean helps to calm the nerves. Relieves stress.

Junzo, do you have a current band that you rehearse with to make music, if so, who is in it? You seem to have many collaborations every year and before Covid you would travel outside Japan and play shows.  No one is playing any concerts these days, how to you spend your time?

Junzo - Yeah, Active bands are Miminokoto and 20 Guilders. Miminokoto is kind of a tribute to late sixties American “Twilight Garage” punk band around New England in US. Check the legendary compilations like “Oil Stains” and “New England Teen Scene”. Leader of Miminokoto is Koji SHIMURA, ex-member of White Heaven/High Rise, and most famous work is drummer of Acid Mothers Temple. Bassist Takuya NISHIMURA is Tokyo Underground veteran and bassist of Che-Shizu with Chie Mukai, Tori Kudo. About 20 Guilders, Duo with Mitsuru Tabata, guitarist of Zeni Geva/Acid Mothers Temple and too many units/bands. But we focused on playing/singing “songs” not to play noise/experimental stuff, because when we started this band, Mitsuru didn’t have a band to sing/play like old classic rock like Neil Young/Grateful Dead/Only Ones and I asked him to do this together. Now we call our music like Grateful Dead plays Only Ones/Neil Young song with a trippy space thing!

And more, Fuji is kind of international band with Bart De Paepe (Sloow tapes) and Mik Quantius (Embryo), Warre Fungus (De Audio Plant) and Louis Freres. Our music is totally improvised and Mik used to say “ Be Here with An Ear”. Also Astral Traveling Unity (with Astro, Tomo, Hurdy Gurdy Player in Tokyo) is planning to restart jamming in near future.

And from July, in Tokyo I am gradually book shows but with a very small audience and limited seating. Its not good for touring in this country so I stuck in my room and reading books/watching movies/listening to records. For me, this is no difference with before COVID. No problem and good timing for me to taking time to do this all over. Tons of uncheck Vinyls/Books/Movies are all around my room and they all say “Hey Junzo you need to check us out ASAP!!” I feel like they are shouted at me. Haha!

Mike, 2019 was a very productive year for you with at least 7 releases.  Can you describe some of these for us?

Mike - OZO first two LPs came out in Feb (Saturn) and June (Pluto), a free jazz psych rock band.  I played bass and minimal guitar. Was a nice change. Was really refreshing to make. Bunch of Lush Worker digital albums and a double tape, that came out on Cruel Nature Records in the UK. 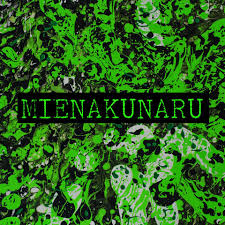 How did this new collaboration come about?

Junzo - Every time I played in Newcastle (thanks my friend dude Chris ‘Jude’ Watson, I recorded with his band ’Snakes Don’t Belong In Alaska and goes to 2LP from Cardinal Fuzz!) talked with Mike about our new collaboration and finally we did it!

Mike - Always wanted to make music with Junzo and Sned, came together pretty easy. Everyone is good with production and being able to record well from home. Musicianship is top quality.  Didn't take long to all come together.

Who came up with the name Mienakinaru and what does it mean?

Describe how the record was made? Did they send you the drum and bass tracks and you just added guitar and Mike mixed it??

Mike - I got the drum tracks from Sned, i arranged the whole album ad played bass. Sent a basic bounce of the two side. Junzo blazed through the tracks and send me the stems. I them mixed. It all worked.

Junzo - Im bit not inn good health in the summer, but Mike send me files/words with great patience and finally I went to studio to do overdubs and Mike mixed and when I heard the result and say YES!

What kind of set up do you use for mixing? Do you run everything through an analog mixer, do everything in the computer in Logic, Cubase, Pro Tools or another DAW??

Mike - Heavy use of Logic 9. I have loads and loads of cracked plugin and software. Heavy use of waves compressors. Most of the effects are pedals. Apart from the HH delay i use with the ping pong delay. My favourite. Really helps with mixing. Helps with the panning.

This must be some of the longest guitar solos you have ever done? Was it all done in one take or did you do several takes and choose one you liked best?

Junzo - Maybe, haha. I play same like collaboration with Snakes don’t belong in Alaska! That was real studio live session for 3 hours with 4 people with no overdubs, this is overdubs, but only one take. I played with them, share same period of playing time. That’s all. 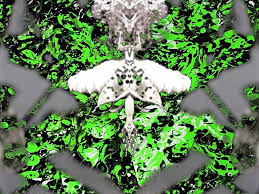 Can you describe what your guitar set up was (amps, pedals, guitars used)?

Mike - I use a Fuzz Octave Clone, Modded Big Muff, Sun Blist Phaser and a DD3. Most pedals i use were made by MOOSE Electronics. Lads a genius.

Do you think group will ever perform live?

Junzo - Yeah, looking forward to have an opportunity to playing live as Mienakunaru. ANY PROMOTERS/FESTIVALS! if UK short tour are coming to realized, its amazing for me!

Mike - Even before this COVID, i was getting less opportunities to play any shows. So even after things go back to 'normal' which is looking less and less likely. I pretty sure i will be even further down the list than i already am with promoters.

What is next for you guys??

Junzo - Next Album of Mienakunaru and Miminokoto’s New LP ‘Mayoiga’ will be out from my label later this year/early next year, and Electric Guitar Duo LP with Tetuzi Akiyama from Utech records, US next year, and my new solo album is ready. And 20 guilders Third album.