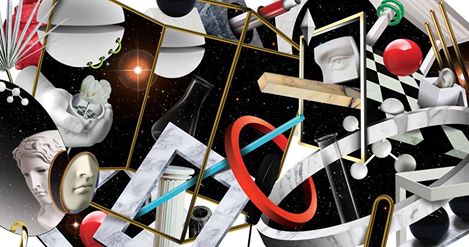 I first heard the Chemistry set way back in the late 90s on the Psychedelic Psauna compilation CD. I have heard some of their releases here and there over the years and especially like the stuff they have made for the Fruits label the last few years.  This record will be released in Jan 2016 on gold vinyl in 600 copies with a poster and there should also be a deluxe box set version with all sorts of goodies and extra record with rare tracks and remixes etc.. out in the spring 2016. This one features 12 tracks of their unique brand of psychedelic pop/rock with 60, 70s and 80s inspiration and stretches the vinyl out to 55mins. A few of the tracks have appeared on FdM singles but mostly it is new material.  They have an amazingly cool video for the track the Open Window.. Great band.

http://www.fruitsdemerrecords.com
Posted by Scott aka. Dr. Space at 1:02 AM