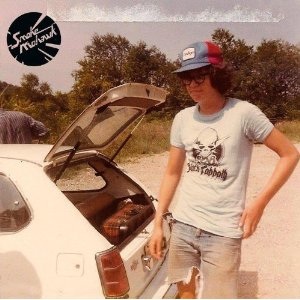 Smoke Mohawk is a Norwegian band with members of Glucifer and WE as well as My Midnight Creeps. This is their 2nd album and it is just as diverse and eclectic as the first one and a lot of fun making psychedelic rock but with a more mainstream edge, somehow? This starts off with a rip off of the WHO (Baba O’riley) that leads into VCR King. It has a cool pscyh ending. Sophia is a piano, acoustic guitar track but mid paced and pretty intense vocals. Squaw Woman has a more hard rock guitar riff and it just a fun rock and roll number until the strange ending. Jump out of Tyme is just like the title suggests a trip back to the 60s with its organ driven path. Phantom Spiker is a real contrast and funny song compared to the previous track. This one is a fun psychotic trip! Outskirts is a more high energy rock track also with a bit of a psychedelic edge. Next is cover of the classic song, Crazy Horses, done SM style! Pirate Train is a high energy track with a really special guitar phasing and phrasing. Inspector Holmes is a short acoustic driven, almost freaky Beatles like track. Expresso is a foot stomper that goes into these weird “60’s psych” sections and then back. The CD ends with POTLOP, which is also the longest track at just over 7 mins. This a very cool slow, steady, space song with a really cool horn and vibe to it, that just lets you float out into the kosmos.. Great and eclectic record!