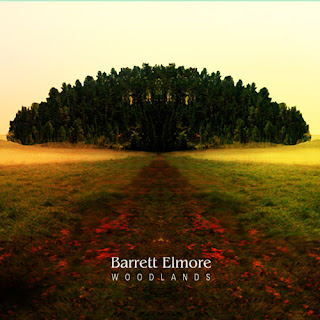 You would never guess from the band’s name they were from Sweden (somewhere in the forest). The band is a four piece with a female vocalist and playing some pretty cool spacey melodic psychedelic music. Apparently, the band started off as a trio playing raw psychedelic blues before meeting Mikaela. The CD features 11 tracks in 46mins and starts off with some nature sounds and piano, spacey synth as the track slowly builds up with the slow drum and bass rhythm in this opening track called Entrance. Now, we head to the Creek. The water is running, some chimes are being blown about and the acoustic guitar is being played by the Pixie under the mushroom. Mikaela sings in a very melodic style and with a bit of reverb that makes her voice float. Beautiful music. I see a Man is a very short song that leads into The Nixie, which has some nice delay guitar and now either Claes or Max take over the lead vocal, in this really relaxed and spacey track, which really builds up at the end with some more intense guitar. Drowning has an effected vocal features more guitar work outs but still maintains its psychedelic character. Now a storm is coming and this is a beautiful instrumental that reminds me of the Doors meets Pink Floyd. It is the organ that gives it that Doors feeling. The Brook Horse returns to this floating space but also has some nice dynamics. The drummer is really good at adding intense drumming to some not so intense songs but also knowing when to relax and glide. Lost in the Swamp is another short interlude track with a  beautiful piano balancing the easy going nature and the guitar line reminds me of the Doors. I could easily hear Jim sing on this one. Dusk (Dance of the Pixies) keeps in the same vibe but is a bit more spacey and Mikaela returns after a break of a few songs. The title track, Woodlands has these airy singing from Mikaela and at 1½ mins a heavy guitar (but very melodic) enters to change the mood and compliment the acoustic guitar. The beginning theme returns at the end. That is the end of the regular record but they have attached a 12min bonus track called Psilocybe Semilanceata, which is the most psychedelic thing on the CD and really goes back to early 1968 Pink Floyd style stuff but also is sort of a collage of different pieces of music they have put into a little mind journey.. Beautiful heart felt music. This deserves a vinyl release.