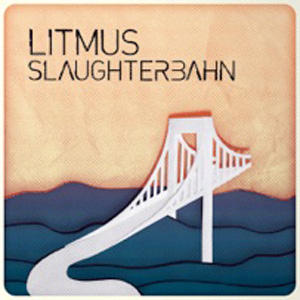 The UK space rock band is back with their 4th full length record and their first to be released on their own label (the last two were in Rise Above Records). It is quite a departure from their previous more heavy records but the unique way the band create their vocal delivery is intact. The songs are shorter, the band line up is down to a trio (although James is now in on Synths) and the songs are more straightforward hard driving rock, like the opener Deeper. It also features some lush synths played by either Simon, Martin or marek, who all get credits for synths). The tracks often run right into each other in fast order. Spark and Breakout are really fast tracks and Simon plays some cool lead solos and martin killer bass in the short breakout tune. Static slows things down and features a organ like keyboard combined with a lush synth line as the melodic vocals are sung over the top. Streamers is a short 3½ min really melodic track with some great lyrics. Reminds me a bit of Bevis Frond in a funny way. Satellites starts with a synth drone before the Hawkwind style guitar riff kicks in and the track slowly builds and it later features mellotron. The bass solo is cool. 1x1 is a short 1½min piece that is just building up to go somewhere and then it is over. Last Man Standing is a bit longer at 5½mins as the band kick into high gear once again with a heavy guitar riff. I love the really cool phased out drum section on this addictive track. Sleepless once again has some mellotron that comes and goes throughout the track.  The track starts off really spacey but then really takes off at high speed. The groove really gets you on this one. Lights Out is a really well constructed and interesting track. Slaughterbahn is the longest track on the record at nearly 8 mins and starts with some mysterious atmospheres and then the drums and guitars kick in to start the uptempo space travel with a more laid back vocal, which I like. A more stripped down sound for Litmus but it works. Cool record.. Go the web site and pick it up and support the band. Nice people.

http://www.litmusmusic.co.uk
Posted by Scott aka. Dr. Space at 9:29 AM