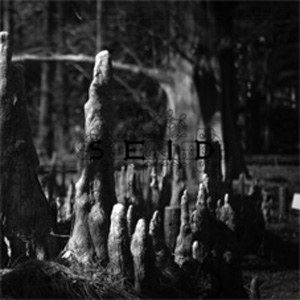 It’s been quite a few years since the Norwegian space rock band released some new material and the band has been laying dormant… Anyway, the band is back with regular members intact (but a lot of guests) and a fantastic new double vinyl record in a pretty deluxe gatefold. Side A starts with the uptempo space rocker, Space Pirates Return. It might remind some a bit of Litmus at times. Nice lead guitars and spacey synths as well. Decode the Glow is lead by the bass line and the melodic singing including guest female vocalist Stina and Martin on Saxophone. Think Omnia Opera, perhaps?? The Dark Star is Waiting is quite fast but has this deep space melodic vocal and is really driven by the lush organ sound until the mid section where the guitar really takes the lead as the band is driving hard out into space. Intense… Flip the record over for The True Merry Poppers features Robin on Sax, Øyvin on clarinet and is one of those really cool strange songs that the band made on both their last records. Hard to describe but very cool. Trån is a heavy track with a bit of a eastern-balkan feel and a great guitar line. The first many minutes is all instrumental before the vocal comes in and is followed by a super cool synthesizer line. Martin guests on the vocals. Fire it Up is another really uptempo track with this Theremin sound. A quite intense blast but not in the same way the Farlung do it but Farflung fans would dig this for sure. Side C starts off with Ölyok kok Friebib, another track with a really heavy bass line that is layered with the intense synth-organ. The vocal is more spoken word. Cool totally spaced out ending with nice theramin. Birds has several guests on vocals (Hans) and sax (Martin) and starts with a groovy bass line and it is a more melodic track. Space Rock Dogma has this rich space synth sound that permeates the track before the wah guitar line kicks in and the track goes in a different direction. The space section is really beautiful and floating and you just sort of disappear before the band comes back full force and quite heavy.  The last side starts with the title track, which is once again co-authored by the band and Jan Spaice. It has an excellent organ line that they slowly build upon as the track gathers steam and the melodic lead guitar line takes the track forward. A fantastic instrumental song. Cool sax as well. Sister Sinsemilia ends this damn cool record. I did not fully get blown away but it until I heard it the third time with a loud volume. I would say SEID has created another masterpiece like their debut record but quite different.

http://www.blackwidow.it  www.myspace.com/seidrock
Posted by Scott aka. Dr. Space at 7:15 AM