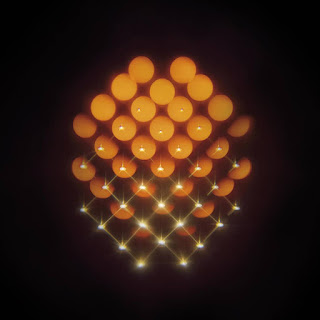 This is a project featuring members of Dark Buddha Rising and Orannssi Pazuzu (both from Finland).  This work was commissioned for performance at Roadburn Festival in 2018 and performed on the main stage. I was there and it was amazing and powerful. This album is not that performance but was later recorded in the studio. It features 9 tracks spread over the 4 LP sides, with tracks seeming to get longer and longer. Side A is very powerful and horror film like music, a perfect fusion of the two bands. You can watch the video for Seekers Reflection, the last song on side A below. Side B is quite repetitive and meditative but with some darkness lurching in the background as it slowly builds up and gets more spaced out and heavy. It becomes very vocally intense at times but impossible to make out the words.

Side C starts off with Infinite Gate Opening, some intense drumming, synth drones and chanting as this one builds and builds and becomes very vocally intense, as the darkness envelopes you. Vacuum Head is a bit like Ministry at times with very intense drumming and layers for dark, heavy guitar, distortion and other spaced out sounds in the background.  The Universal Eye closes side C with a very spaced out feeling, after an intense middle track.

Side D is one long track (10min) called Syntheosis and starts with some organ before the heavy doomy guitars and bass kick in. It is slow and repetitive at the start before you become completely absorbed into the layers of madness and emotional gloom as you head to the climax of your experience… An intense hour long trip. A very successful collaboration and interesting album.

In addition, the vinyl record is an amazing package with two booklets, one with fotos from Roadburn and an introduction by Walter and the other with some spaced out pictures and the lyrics and credits of the band, which is 14 individuals (in the picture of the booklet, despite only 11 credited on the musician list on the gatefold) involved in this creation.  Impressive and recommended.