One year ago (May 5th), Martin and I played together at this café for about 30 or so people for the release party for my 2nd solo album. Fast forward a year and Martin has played a couple of gigs with my band, Øresund Space Collective in Portugal and we have made a record together. Today was the official release date and party to celebrate the making of the 3rd Alien Planet Trip record. 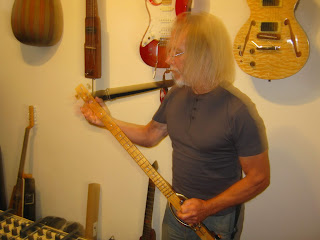 We had one rehearsal three days before the gig and it went pretty well.  We jammed for about 75 mins to prepare some ideas for the release party today.


We showed up at 14 and sent up all our gear and did a bit of a soundcheck and it all went very smooth. At 15, or a bit later, we played the entire record for our wives and about 4 other people.  A 16, sadly, hardly anyone had showed up. Last year we had about 20 people from our local group of friends that came but not a single one this time around. I was pretty disappointed that none of them came to support me and Martin.  Pretty hard to get an audience in this part of the world, and there is so little live music and then none can make it a priority.  Such is life. Anyway, we met some nice new people who showed up (from seeing the description somewhere else) but I think there was only about 10 people total. 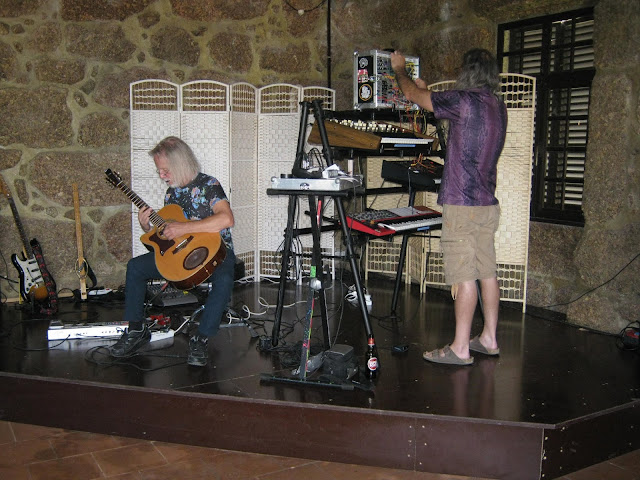 Anyway, we started with Martin on the highly modified custom acoustic guitar (he can loop, it has effects, etc…) and some more laid back spacey stuff and he played the riff from Where Aliens go to Die.  Then he switched to electric and had programmed some tracks with drums and also some with bass and we played another hour or so.  At some point, he also played his 2 string bass (tuned to E and A). That was tribal.  It was pretty cool rocking at times, spacey and I had a good sound and time. It was my biggest live set up every, I think (ARP Odyssey, Octave CAT, Nord Lead2, custom modular).  We had one jam, that just did not work for either of us but the rest of the set was great, we both felt. We had a 20min break and talked with the audience and then played one more 17min piece (See the video below). I think we played about 90mins total.  It was all video taped and it was really fun. They invited us back to play again in the fall for an evening gig.  Thanks to Sharon and all the staff at the Green Bean and of course the people who turned out for some out of the ordinary music. A super cool place and fantastic people. 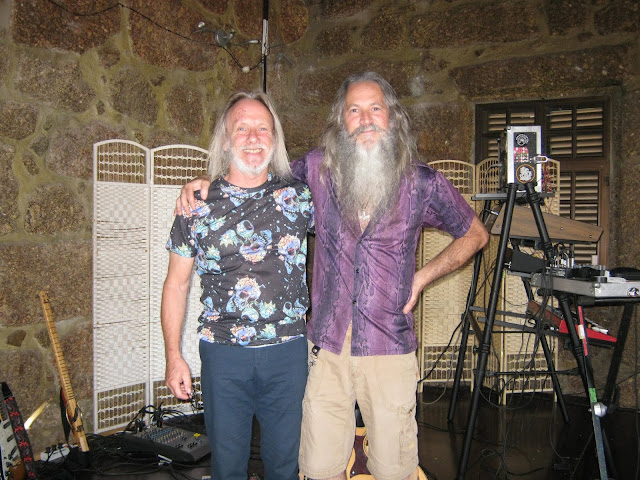