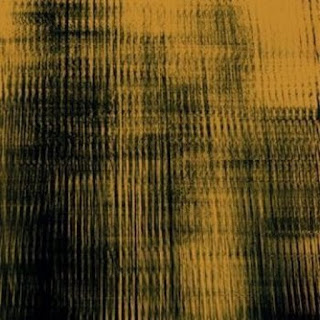 The Papir guys are back with their 6th LP and 2nd on the Stickman label. This was recorded in the great Black Tornado Studio in Copenhagen and this time mixed entirely by the band. It features 4 excellent tracks.  The music is very similar to the bands last monster double LP but has a bit more that I like about these tracks.  It starts off with VI.I. I really love the bass line that starts this one off. They way that Christian plays and Christoffer flows on the drums, leaves so much space for Nicklas to really create unique layers of melodic guitar, which is also complimented with some synths on occasion, as was on the last record but they are not in the traditional sense.  The 2nd guitar line that is played lifts the track to a new level and then the just build and build. Amazing opening track, that just made me smile as I could picture them in the studio doing this one. Love the guitar tone. VI.II, Christian takes the lead again with a repeated bass line, clear, simple and driving while the percussion rhythm changes and the guitar line is very melodic and a slow drowning synth or guitar adds another layer underneath as the guitar lines get faster and faster and Nicklas kicks in with the wah guitar and later some other effects as it gets quite psychedelic with the added other sounds as well. Flip the record over for a spacey slow intro with some backwards guitar sounds (nearly) before the bass and drums kick in, along with a synth drone and off we go. Again some beautiful guitar lines that weave in and out of the amazing bass playing, while Christoffer just rocks it.  VI.IV is the last and also my favourite track, perhaps because Nicklas really lets go on the guitar and … well.. wow…  He can still stun me…  Brilliant.

Magnificent instrumental trio music, some of the best that I know of in this universe.!