I have really been looking forward to see the Golden Grass. I loved their first album and have played it so much and I just got the new one and it is also great and the songs are starting to really grow on me.  They blew me away at Roadburn 2 years ago..  Anyway, I went to Tom’s place before and we had a beer and listened to a new band called Grim Tower. It was pretty interesting stuff.  The only Golden Grass release he owns is the most rare one that was made in only 35 copies.. I recently managed to get one as well. Far out.. 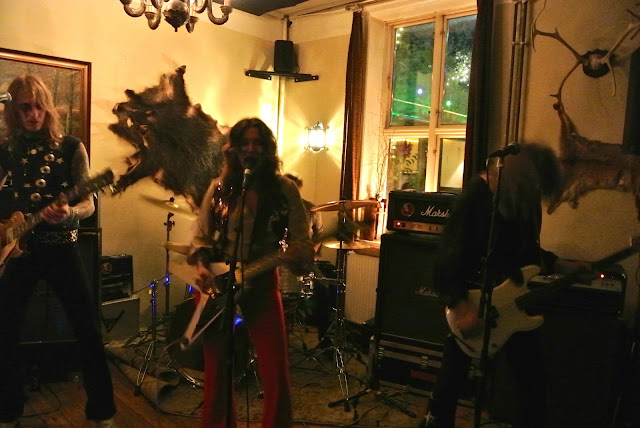 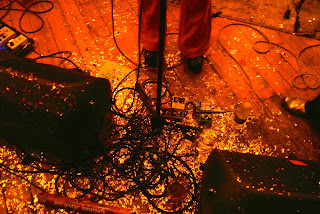 The show started really late. First band was supposed to play at 10 and Travelin’ Jack are a glam band and it took them an hour to get dressed so they did not start until 23:30 on this Thursday night.  Two guitars, bass, drums. The female guitar player did most of the lead guitar as well as the lead vocals. She kicked ass! This band had a great look and energy and the entire front row at the show was women! Rare to see that at a hard rock show anymore.. People were totally into their sort of more heavy rock version of Slade or something. Some nice dual harmony guitars in some songs as well.. A fun concert and very rare to see a female guitar player playing a Flying V and kicking ass with a lot of attitude and great leads…  This got people in the right mood for the Golden Grass. 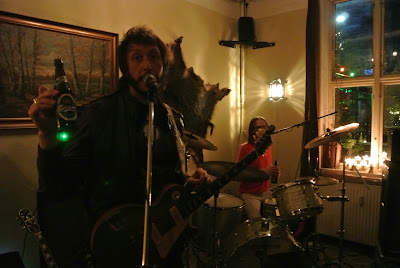 The Golden Grass did not fuck around and tried to get set you as fast as possible. They have a new bass player since the last album and tour and he was awesome. Man, he laid down killer grooves and lines. Adam, the drummer and lead singer, is a monster drummer as well. His jazz training makes him a bit like Ginger Baker! Michael, the guitar player also does a lot lead vocals as well. It tight and rocking band with just great songs.. They played a good mix of new songs, old songs and two cover songs in their 45min set.. I was disappointed that they played so short but other than that they were amazing. I had such a good time but left quite soon afterwards as it was nearly 2 in the morning and I had to get up early…  Great night… Thanks to Rhona for booking all these cool bands..

Set List: Get it Together, Stuck on a Mountain, Livin’ ain’t Easy, Down the Line, Hot Smoke and Sassafrass (Bubble Puppy), The Pilgrim, Sugar N’ Spice. Encore: Wandering Around (Icecross)
Posted by Scott aka. Dr. Space at 7:49 AM